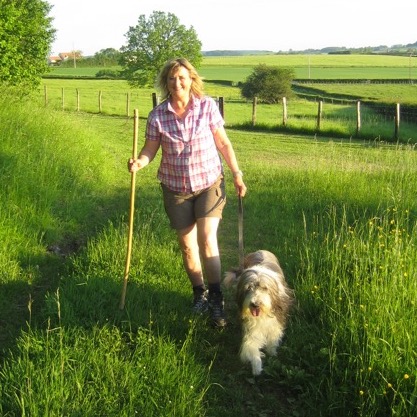 Born in Derbyshire in 1945, Christine Palmer worked at Rolls-Royce then escaped to North America at 17.

Pretending she was in her early twenties, she got a job as a secretary for a stockbroker with offices in Montreal and New York, and experienced the Swinging Sixties stateside. She returned two years later to finish her education, obtain her degree, and get married.

Sixteen years and three children later, she escaped again to start working for BBC local radio, later moving to television, where she made documentaries that took her around the world. She rose to become head of production for the BBC Open University, and finally a creative director for the BBC.

Having taken early retirement, she now lives in France where she runs a bed and breakfast, tea room and art gallery with her second husband. They regularly return to London and their boat on the Thames, bringing with them their two bearded collies, Custard and Crumble, and assorted grand-children.

Walking Back To Happiness
Christine Palmer 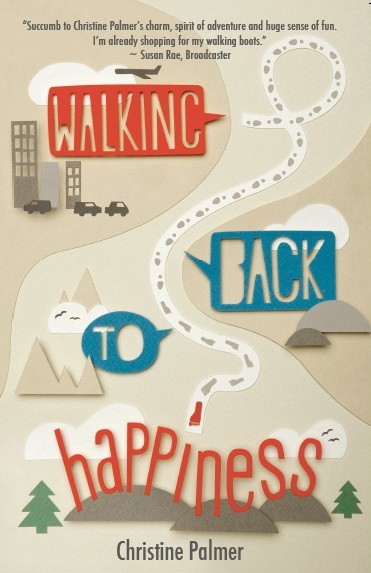