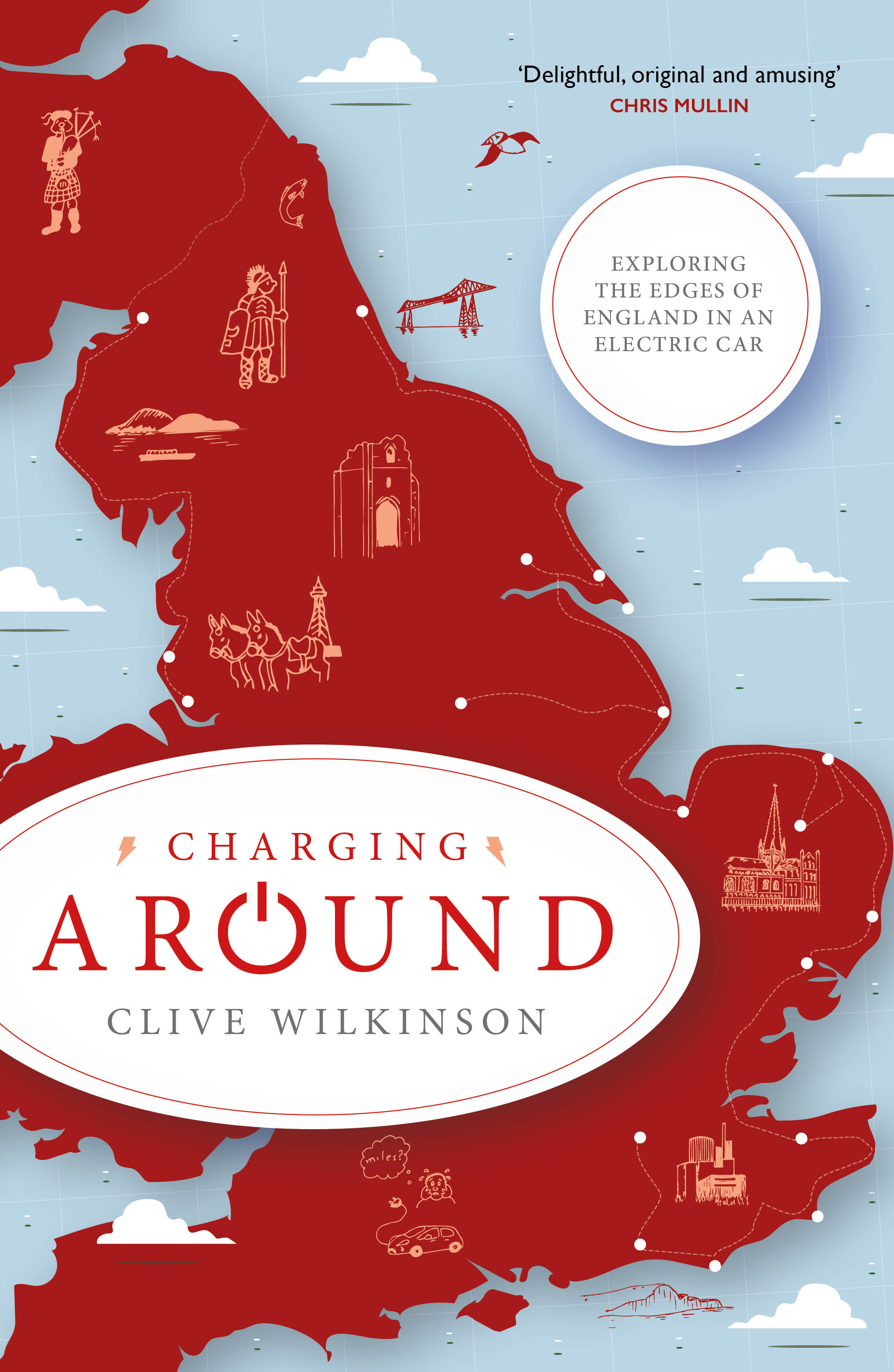 Exploring the Edges of England by Electric Car

‘A delightful, original, amusing tour of some of the UK’s less explored places’ – Chris Mullin

Having crossed a continent by train and sailed around the world by container ship, Clive Wilkinson has always had a penchant for slow travel. As his eightieth birthday approaches, he and his wife Joan set out on a new expedition: to tour the edges of England by electric car. How hard could that be?

Given the parlous state of the country’s charge-point infrastructure back in 2018, the answer turns out to be ‘very’. In a 1,900-mile odyssey through fading seaside towns, rainswept hilltop passes and England’s only desert, each day’s driving for these unlikely pioneers is overshadowed by a cloud of apprehension. Will they make it to the next charge point? Will it be in working order? Will someone else be using it?

You could only undertake such a trip with a calm temperament and robust sense of humour. Fortunately Clive has both. With a relentless curiosity for history, geography and, above all, people, he and Joan explore the reality of life on England’s periphery – the ‘left behind’ areas that, by voting for Brexit, changed the course of British history – making new friends with every mile.

‘There’s nothing here,’ said the forklift driver. ‘This is the land that time forgot.’

It was a cold, misty day when we arrived in Berwick. A fret had drifted in from the North Sea, instantly turning a warm summer’s day into a dull autumnal day. We parked the car in Tweedmouth, checked the two rapid EV charge points – they were both out of order – and began our walk into old Berwick.

‘There’s nothing here,’ said the forklift driver. ‘This is the land that time forgot.’

It was a cold, misty day when we arrived in Berwick. A fret had drifted in from the North Sea, instantly turning a warm summer’s day into a dull autumnal day. We parked the car in Tweedmouth, checked the two rapid EV charge points – they were both out of order – and began our walk into old Berwick.

Tweedmouth doesn’t look or feel as if it belongs to Berwick at all. It was tacked on for administrative convenience in the 1970s. The ancient military town of Berwick-upon-Tweed, confined within its medieval walls, has spent its history oscillating between Scotland and England. But Tweedmouth, a sprawling industrial area and a mini-port, has always been English. The main business of the port is to service Northumberland’s agricultural industry. Although endowed with a good natural harbour, it has to contend with strong easterly winds and difficult currents, making access not always easy.

We’d caught it on a quiet day. A lone ship, the Hesta St John’s, was moored alongside the almost deserted quay. There were no signs of activity. The whole place was wrapped in a chilly stillness. At the far end of a line of warehouses, we’d spotted a light from a half-open door. A forklift driver was organising some bags of barley.

‘It’s a bulk carrier,’ he said, in answer to my query, ‘with a cargo of bagged fertiliser from Rouen. The only one in today.’

The medieval Old Bridge links modern, industrial Tweedmouth with the ancient walled town. Built of red sandstone, with 15 arches and a series of pedestrian refuges, it provides a delightful walkway over the estuary. It’s too narrow to accommodate today’s traffic, most of which crosses the river by the less elegant but more functional and much higher Royal Tweed Bridge. On Old Bridge, we were almost at sea level; from that low angle we watched a colony of mute swans, most of them sleeping with wings wrapped over their heads, bobbing on the ripples thrown up by a solitary fishing boat. At the far end of the bridge, a sharp left and a steep climb up Bank Hill brought us to the top of the Elizabethan ramparts. From here we had a panoramic view of the walled and tightly-clustered old Berwick and, beyond, the sprawling mass of industry and housing on the south bank.

Berwick-upon-Tweed is on the edge of Northumberland, on the edge of England, on the edge of the North Sea. It is the only English town north of the Tweed. London is 350 miles away, Land’s End 550, John o’Groats 330. Berwick is poised uneasily between two historically antagonistic nations, its marginal position making it militarily vulnerable. Throughout its turbulent history, this well-defended town changed hands between England and Scotland 14 times before finding itself – at least for the time being – in England. That’s why Pevsner describes Berwick as ‘one of the most exciting towns in England, a real town, with the strongest sense of enclosure’.

All this turbulence resulted in the town becoming separated from its county, which used to be Berwickshire but is now the Scottish Borders. At one time, Berwickshire had the reputation of being the most English county in Scotland; now, Berwick-upon-Tweed is still considered to be the most Scottish town in England. The response of the local people to this troublesome past is that they regard themselves as neither English nor Scottish, but as independent Berwickers. For this reason, the Crimean War was declared in the name of ‘Great Britain, Ireland and Berwick-upon-Tweed’; when the peace treaty was signed after the war, Berwick’s name was omitted, so Berwick officially remained at war with Russia until 1966. The Mayor of Berwick then decided that enough was enough, signed a new peace treaty and put everything right. But at least the point had been made; Berwickers are their own people.

Berwick’s military history explains why the town has such an enclosed feel about it. It grew up with everyone huddling together, always looking over their shoulders wondering where the next raid would come from. It also explains why there is such a conspicuous lack of open spaces. We commented on this to Councillor Catherine Seymour, whom we met when she was doing her stint at the information desk inside the Main Guard Museum on Palace Green.

‘Well yes,’ she said. ‘We were all too busy protecting ourselves and cramming as many people as possible inside our town walls for protection to bother with such luxuries as parkland and gardens. So, are you on holiday, or just here for the day?’

‘Just for the day. Heading for Carlisle tomorrow, on the lookout for EV charge points.’

‘Ah, if it’s charge points you’re after, you’ve come to the right person,’ Councillor Seymour said. ‘I can tell you, there’s one at the Infirmary and another one at the Garden Centre.’

‘Problem is,’ Joan said, ‘they’re both slow chargers. We need rapid ones. The Infirmary one is out of service. And the garden centre’s closed. Can you imagine – six hours hanging around there with nothing to do, not even a cup of coffee?’

‘There’re two at Tweedmouth you might try,’ the councillor said.

‘Both rapid chargers,’ I said, ‘and both out of order. That’s three out of four of Berwick’s charge points not working.’

‘Why can’t you carry a spare battery with you?’ asked the councillor.

‘Are you serious! They’re as big as a couple of railway sleepers and weigh 300 kilograms!’

The councillor took out a notebook. ‘You’d better tell me more. I had no idea there were slow and rapid chargers. How d’you know where the charge points are and whether they’re working?’

I showed her the Zap-Map screen on my phone showing all of the out-of-commission charge points in Berwick.

‘Can I photograph this? I’ll bring this up at the next council meeting.’

‘A delightful, original, amusing tour of some of the UK’s less explored places’ 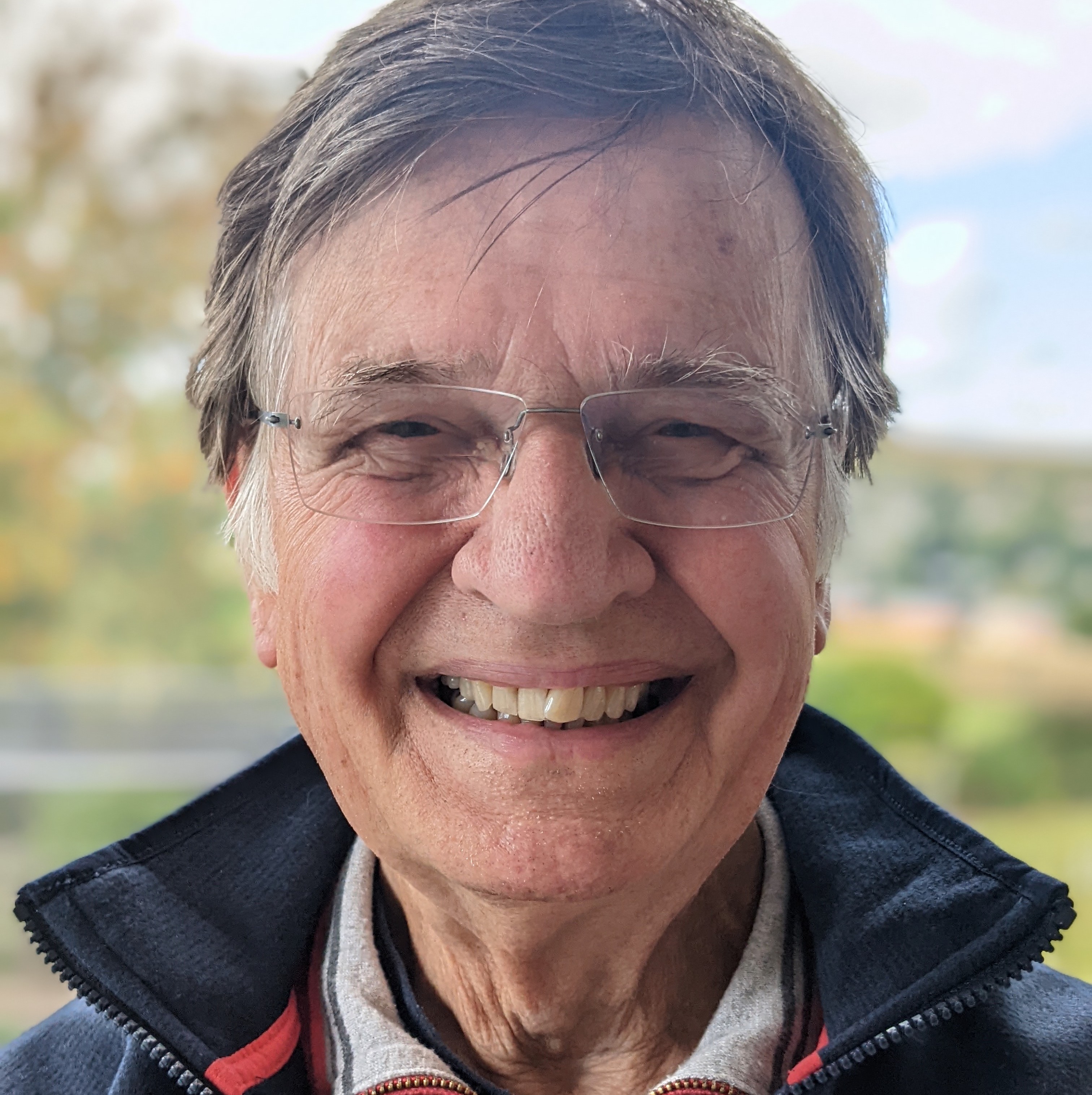 Clive Wilkinson trained as a religious studies teacher and taught for a few years at a mission school in Rhodesia (now Zimbabwe), an experience that radically changed his thinking about religion and politics.

After retirement he undertook part-time work researching youth homelessness, young people on the edge of society, and rural development in Northumberland. When he finally decided to retire properly, he indulged his love of slow travel, crossing continents by train and oceans by container ship, as well as attempting to drive around England by electric car. No flying allowed.