Where nothing is forgotten

‘Bekvalac bursts onto the scene with a deftly-written SF noir tale of memory, identity and self-awareness’ – A.J. Deane

The city of iRemember shimmers in the desert haze, watched over by the Bureau, a government agency that maintains control through memory surveillance and little pink pills made from the narcotic plant Tranquelle.

It looks like an oasis under its geodesic dome, but the city is under siege. ‘Off-Gridder’ insurgents are fighting to be forgotten.

Bureau Inspector Icara Swansong is on a mission to neutralise the threat. Her investigation leads her into iRemember’s secret underbelly, where she finds herself a fugitive from the very system she had vowed to protect. She has to learn new rules: trust no one. Behind every purple Tranquelle stalk lurk double-agents.

A sci-fi noir with a psychedelic twist, iRemember explores the power the past holds over us and the fragility of everything: what is, what once was, and what will be.

Other people’s memories were once an undiscovered country, as strange as the surface of some gaseous planet. And the Government facility in which they are now kept is no less alien: a monstrosity like a nuclear farmstead in a desert valley.

The desert here is all rock, sand, yucca plants, and heat. Impossible, rock-cracking, geo-physical heat. Mustard-coloured sunsets. Nights as dark and empty as the sea at its deepest point – somewhere near the Rift Valley. Only much, much drier.

Ridges of rock unfurl like grey matter. Pebbles and scattered scree are desert amygdalae and hippocampi. This desert is a sun-baked brain with mountain ranges to the north, south, east and west. A rain shadow. A dry, unearthly kind of place.

Other people’s memories were once an undiscovered country, as strange as the surface of some gaseous planet. And the Government facility in which they are now kept is no less alien: a monstrosity like a nuclear farmstead in a desert valley.

The desert here is all rock, sand, yucca plants, and heat. Impossible, rock-cracking, geo-physical heat. Mustard-coloured sunsets. Nights as dark and empty as the sea at its deepest point – somewhere near the Rift Valley. Only much, much drier.

Ridges of rock unfurl like grey matter. Pebbles and scattered scree are desert amygdalae and hippocampi. This desert is a sun-baked brain with mountain ranges to the north, south, east and west. A rain shadow. A dry, unearthly kind of place.

The compound quivers – a central control tower and its outhouses; a dream under the guillotine of the sun. Seen from a Government plane cruising above them at 25,000 feet, these buildings resemble a rusting sword and several dead armadillos on chapped earth.

You don’t know these leviathan hangars exist. But they do. There are hundreds of them dotted around, in out-of-the-way places only birds with incredibly large wingspans ever bother to visit. Some of them in the deserts; some near the Tranquelle Belt; others far from it.

And this particular Memory Processing Plant is watched over by one solitary Government employee – a certain Lucian Ffogg.

Who is Lucian Ffogg?

How is Lucian Ffogg?

It’s classified. He’s not at liberty to say.

But he will soon have to. You can’t keep secrets from Government Inspectors.

The City in its geodesic dome is surrounded by a wide, circular expanse of desert. Then comes the Tranquelle Belt – a bright purple Eden. And then desert again. Oblivion orbiting.

In the centre of the City is the Temple. A monument to truth.

Inside the Temple are the Brethren, who have built an empire of paper. And no sense of irony.

On one of the papers, framed in the entrance hall, are the Tenets.

It is on this strong foundation that the City is built.

Tenet 1. That paper and the ink upon it are sacred.

Tenet 2. That the digital is opium. We renounce digital memory. We rely only on paper records.

Tenet 3. No Tranquelle shall pass a brother’s lips. We are sober.

Tenet 4. We shall not engage in illegal activities of any kind.

Tenet 5. No killing. Only Forgetting.

Tenet 6. Long Live Frome. We promise to water the fragile flower of the relationship between the Temple and the Bureau.

Tenet 8. Forgive, for we cannot forget.

Tenet 9. We will go out into the world and find other Brothers to join us.

Tenet 10. There must be ten tenets.

These are the Tenets of the Brethren.

The City gate stands tall and glistening. A portal into the homeostasis of the dome world. Border control guards cluster around the opening. They guard the City jealously. Like treasure. Like the last of the water in a drying world. In their regulation Government suits – hydrophobic, crime-phobic. Only mildly xenophobic. The sick-sticks they use to stun any would-be gatecrashers to the City party hang at their waists. Green candy canes, but with a less than veiled threat of violence. This border checkpoint is the customs gate through which all goods squeezed from the Tranquelle Belt pass, by means of a kind of vehicular peristalsis, feeding the urban mass behind the gate.

The City. The State. iRemember.

If it looks familiar, that’s because we’ve been here before. It is said that this is humanity’s fifth ride on the rollercoaster of time. Deep in the Library of the Temple there’s an ancient, obscure book written by a Brother Derek who posits that the universe plays and replays itself. Or that, as he puts it: ‘…humanity is a fish caught in the endlessly loosening and tightening net of Father Time. Over the centuries he fishes. Yet the fish he catches is always the same.’

Let’s suppose Brother Derek is right. That there used to be other timelines, other futures, not unlike this one. Those futures are in the past now. But they were the present once. When the climate was rapidly changing, and technology was rapidly evolving. The people living then must have had similarly large brains and an ability to manipulate surveillance tools. They too must have searched for the meaning in life. Witnessed the daily fight of good against bad. The fight of the weak against the strong. There was a lot of fighting, and the battles were the kind where everyone lost.

Most Citizens of iRemember haven’t heard of Brother Derek. The Citizens know, or think they know, that time runs in a line, and not in a circle. It’s called a timeline, after all, isn’t it?

Their City is permanent and beautiful.

And if there are other futures, they are living in the brightest of the lot.

‘A bold experimental work that stands out from the sameness that marks many other novels, iRemember is a quirky, strange and gripping science-fiction/noir mash-up. If you are looking for something different, smart and creative, Bekvalac is an author to watch for. If this is her debut, look out!’

‘Bekvalac bursts onto the scene with a deftly-written SF noir tale of memory, identity and self-awareness. The plot is convincing and utterly compelling, the twists keep coming, the characterisation is great, and the world-building is pleasingly both whole and layered (literally)’

‘A mind-bending experience about power-hungry people. S.V. Bekvalac has written such a compelling novel that I really could not put down. The writing is captivating, the characters are realistic and the world-building is on point. I couldn’t get enough. Highly recommended’

‘When you read a lot of sci-fi (and I do), it is supremely refreshing to come across a voice as assured and consistent as that of S.V. Bekvalac. The world she creates is compelling, her style is breathtaking. It ends with a hint at a sequel. We can but hope’

Lock and Load Brides of Christ

‘Incredibly vivid and detailed…filled with twists and turns, set in an incredibly immersive world. I loved the whole concept’

‘A twisty tale full of deceit, lies, corruption and cover-ups – a great read. Perfect for science or dystopian fiction fans’

‘Bekvalac’s writing as mesmerizing. It makes you lose sense of time and space. iRemember is a mind-bending, trippy experience. The author has amazing talent’

‘A jaw-dropping tale of greedy, power-hungry people who will stop at nothing to take over the city of iRemember for their selfish desires. Masterfully crafted, there are many beautiful nuances... iRemember is a story you won’t soon forget’

‘This is such a mesmerising sci-fi novel...and it is so different to every other book. If you love to go on a fast-paced ride and be surprised, pick this up and you won’t be disappointed’

’A thing of glory, truthfully‘

‘Bekvalac pits the two main characters against each other in a cat and mouse game of deception and revelations. The world-building is extensive and intricate, and the premise is intriguing. Quite a read’

Read a Q&A with SV Bekvalac about her influences plus her own blog post about the sci-fi city which is the location for iRemember.

S.V. Bekvalac writes about the virtues of being published as an ebook only, for a novel about the fragility of worlds. 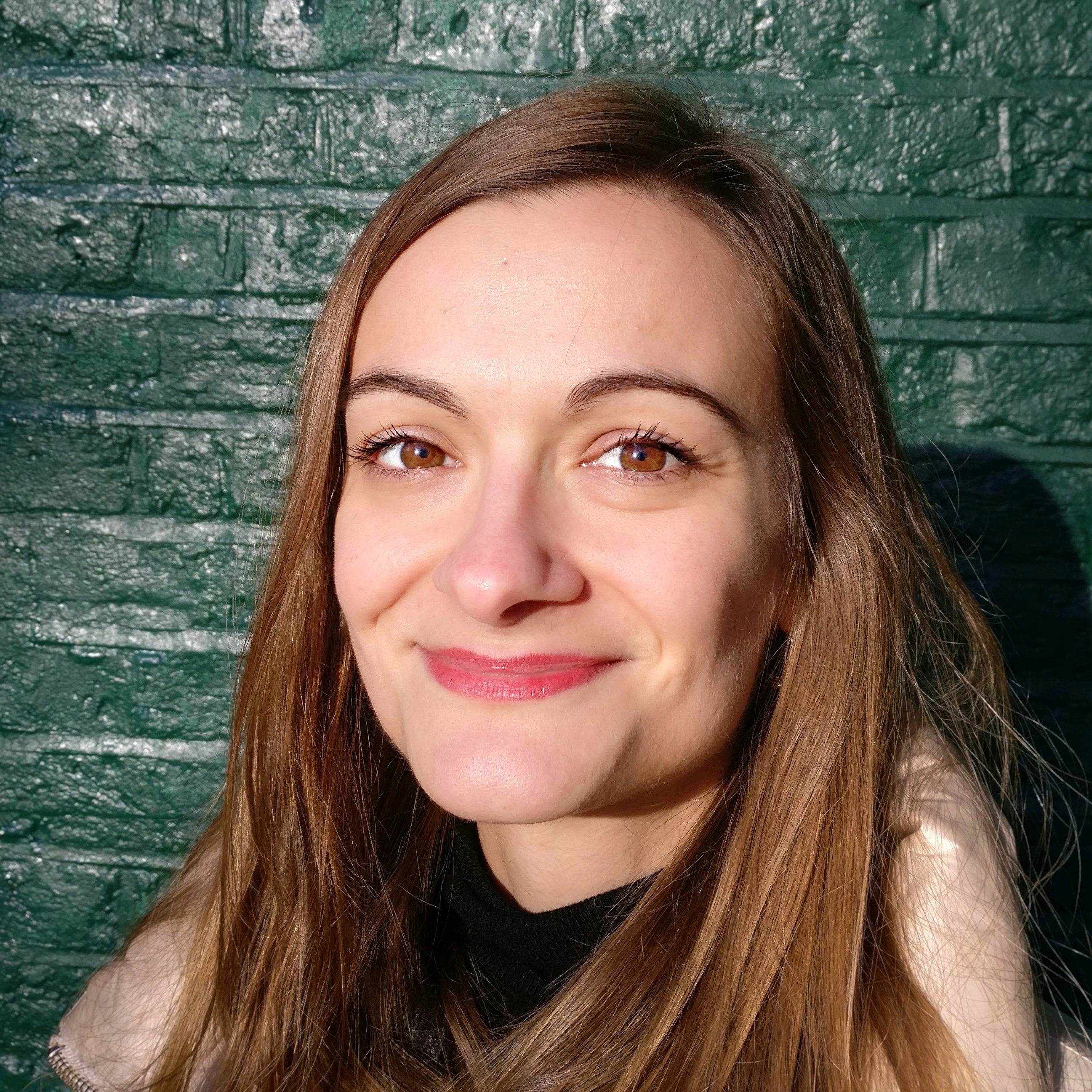 S.V. Bekvalac was born in 1987 in Croatia, in what was then Yugoslavia, but grew up in London.

She studied German and Russian at Oxford, and went to film school in Prague. After almost becoming a film-maker and then an academic, researching cities and films, she found herself writing fiction about cities instead. She started off with screenplays and short stories, but they got longer and longer. iRemember is her first novel.

She has lived in cities all over Europe. Now she lives in London, or in one of her own imaginary cities.