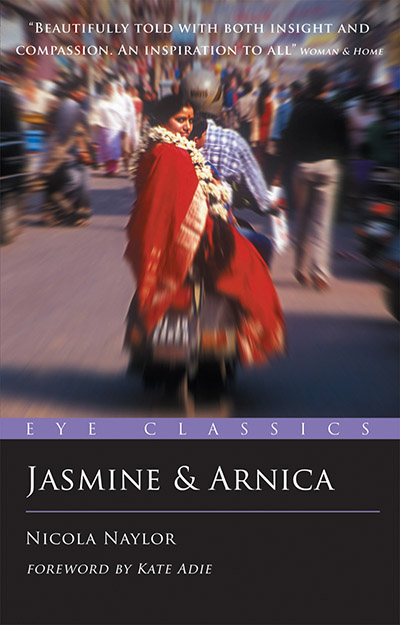 An able disabled person is a challenging concept!

Nicola Naylor had always been enthralled by India, but her travel fantasies dissolved when she lost her sight. Overcoming her own private fears and disregarding the warnings, Naylor set out to experience India alone. This is the inspiring account of her unique journey. Told with a vivid and evocative insight, Jasmine & Arnica is a story of a young woman’s determination, a celebration of the power of vision, beyond sight, to reveal what’s closest to the heart, and to uncover life’s most precious, unseen joys.

Ordinary people, all of us, can do extraordinary things, but not always. All our stories are individual and personal as are the inner and outer journeys that we make. That is what makes them refreshing and engaging. I hope that my story offers enough flavour to whet the appetite but leaves people to discover their own recipes. When I was in the early years of coming to terms with having lost my sight, I know I would have chosen to starve rather than to digest other people’s survival triumphs and their ways of overcoming disability.

Ordinary people, all of us, can do extraordinary things, but not always. All our stories are individual and personal as are the inner and outer journeys that we make. That is what makes them refreshing and engaging. I hope that my story offers enough flavour to whet the appetite but leaves people to discover their own recipes. When I was in the early years of coming to terms with having lost my sight, I know I would have chosen to starve rather than to digest other people’s survival triumphs and their ways of overcoming disability.

It has always felt safer to fit in as just one of a crowd than cause confusion by standing out: if I stepped off the bus with a white cane in my hand, I attracted attention as a single white blind woman and the crowd dispersed. People were not necessarily moving out of my way, but away from what they considered an oddity. Sometimes they did not know what my cane symbolised, at others they knew and were paralysed with disbelief and fear. Consequently I preferred not to use my cane because it seemed to alienate more than it encouraged people to respond with help. However, if I stood looking helpless and unable to find the correct bus, like any other bewildered foreigner, people tended to steer me in the right direction.

I was still learning that in India anything was possible. At home, surviving as a blind person had made me resourceful in combatting problems and not accepting the sighted person’s definition of ‘impossible’. To me ‘impossible’ was a dare, and ‘inadvisable’ positive encouragement; the words ‘brave’ and ‘foolish’ are often interchangeable before an outcome is known. I avoided and denied the difficulties I couldn’t fight, and I had acquired some skills in the art of circumnavigation. In India, though, there was a new, less active but equally fruitful tactic to be learned, which was to wait persistently until the solution appeared. Insistent passivity and a belief that there are ‘No full stops in India’ is how most Indians arrive at what they want. Indians wait. They accept their situation while stubbornly waiting for it to change. Even young children are imbued with an attitude to life that cultivates patience and tolerance. They put up with the discomfort of heat or hunger without any murmur of complaint.

Between greeting fellow early-morning exercisers, he told me that that he, a Parsi, had wed a Hindu for love rather than undergoing an arranged marriage. Despite their culturally different backgrounds, they had tried to live together harmoniously, but they had had to compromise constantly over food, dress, the rituals of daily life to such an extent that he had become in favour of arranged marriages, which aimed to match attitudes and ways of life. Love, in a society so clearly defined by cultural and family parameters, had not been enough to keep him and his wife together.

My delight in swimming again was intense. In England I swim every morning and feel tense and miserable without the release it brings. IN the water I can move fast and free independent, with almost no risks. It is a time when I unravel both the physical and emotional tangles I seem to spend the rest of my life weaving. I have no need for a guide because I can align myself with the wall of the swimming pool, and I have developed a simple technique to avoid colliding with the other swimmers: I swim in a fast, straight line with uncompromising determination, so fellow swimmers find it advisable to avoid me. Over the years, the more I have felt the loss of privacy and independence, the more I have made swimming a daily priority. I had worried about the lack of opportunities to swim while travelling.

An able disabled person is a challenging concept!

The words ‘brave’ and ‘foolish’ are often interchangeable before an outcome is known.

"I can only recommend that you read and discover that there are many ways to travel – and to see.” Kate Adie

“Naylor displays endless tenacity and courage to triumph over the limitations of her disability. She allows us to experience pungent wafts of jasmine that creep up on noses, piercing wails of music that whistle in our ears and crisp saris that rustle under our fingertips. Jasmine and Arnica is inspiring.” Geographical

Nicola talks about her travels in India to research massage techniques and essential oils, which she wrote up to  become the Eye Books Classic, "Jasmine and Arnica" 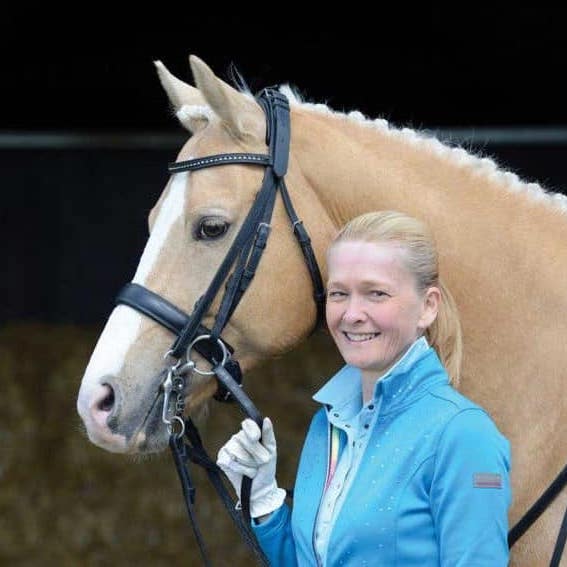 Nicola was born with a congenital disorder that left her blind in one eye. It was only a matter of time before she lost sight in the other. She shone at school and after graduating from university secured a job with the BBC, followed by a place at Journalism College. Less than a year later her world collapsed as she lost her sight completely.

Institutionalised and misunderstood, she spent the next seven years coming to terms with an issue she had spent her life denying. Eventually she started to piece together her shattered life. She found a flat, was given a guide dog and started day classes where she developed an interest in massage.

What started as an excuse to get out of the house and exercise her dog, turned into a lifeline. She set up a clinic specialising in muscle massage and soon had a client base that included many celebrities. Having established a career she decided she would travel India alone, researching Indian massage techniques and holistic therapy. Jasmine and Arnica is the story of this seminal trip. She has rediscovered her passion for writing. Nicola is now living in London with her husband and baby daughter Poppy.