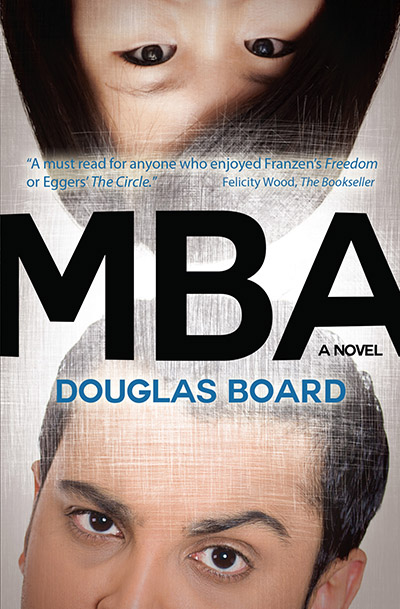 Why is so much of the world managed by arseholes?

Why is so much of the world managed by arseholes? When workaholic business school hot shot Ben Stillman is fired, he has the chance to find out. Not a guy to sit still, Ben jumps head first into turning his former business school into a world-class madrassa of capitalism.

Ben has ten days to rescue the launch of its spectacular glass tower, and his own career – ten days during which he will have to confront terrorist plots, undercover police, the extravagant demands of the super-rich, and the only woman who can save him from this madness.

A satirical thriller, a love story, and a wry look at modern management ideology all rolled into one – MBA is a piercing yet hopeful enquiry into the meaning of success.

And the fight was over. While a shrug of Dianne’s shoulders re-arranged her breasts, her scent enveloped and re-arranged both men as if they were pieces on a chessboard. Now they were her two fighting cocks, presumably fighting over her. She smiled at Ben, and then Alex, resting one forefinger on each.

‘Ben is a very nice young man. Of course on a bad day that’s three strikes down – nice, young and man – but today he is our absolute hero. I won’t hear a word said against him. Now, Alex, come with me. London’s top colour specialist has come down. No pouting – you’re going to look your very best for the television cameras if it’s the last thing I do.

London is being re-made. In 10 weeks the city’s mop-topped mayor, a one man Beatles revival with added bleach, will wave the Olympic flag in Beijing’s Bird’s Nest Stadium. Back home the construction of a twenty-first century stadium, velodrome and swimming pool has already begun. But the city’s re-making is much more than this.

The first re-making is up. Skyscrapers are sprouting on the city’s face like a fungus. Southwark Towers − 24 floors of offices next to the south-east rail terminus − is being demolished. In four years’ time the 87 floors of the Shard will take its place. If you’re going places in London, you’re going up.

Ben Stillman is going up. He’s barely thirty and he’s chief of staff to a billionaire.

The city is being remade is back towards its centre. Everywhere people with money have been pushing out beyond their cities’ corsets, in London’s case the M25 orbital. In places like Johannesburg, after they moved they sent the removal vans back in to take their jobs with them. But most of the jobs that matter in London are still in the centre, and the people with money have come back to hug those jobs more closely. In London, the centre is the place to be.

Where Ben’s at in his career could not be more central. He is the hub of 26,000 people labouring worldwide in everything from chemicals and agriculture to re-insurance. Ben is Alex Bakhtin’s right hand.

The third re-shaper of London is glass. All the new towers are glass from top to bottom. Welcome to a new kind of power, which sees all and displays all. It has no need to hide.  Perhaps this power is modern and clean, democratic and accountable. But then a gust blows, a cable slips and a window cleaner’s fingers get caught in the winching gear. As detergent and blood smear the glass, we glimpse something older. The cable that once suspended a human halfway between heaven and earth was the divine right of kings.

All-glass palaces: London’s new way to tell passers-by that they count for shit. You’re welcome to look in, because you’re so lowly that what you see has no consequence.

‘Douglas Board uncovers a cauldron of corporate clap-trap, hubris and hard lessons which anyone who has been to business school will instantly recognise’

‘A wonderfully enjoyable dissection of the swirling currents of ambition, dissembling, power and fortune that are all too often rationalised away in textbook accounts of ‘leadership’. Witty and deeply informed, Board’s rich satire is nearer the bone of business than a lot of people would want you to think’

‘By focusing his farce on the business schools he knows so well, Douglas updates the campus novel and takes a big swing at the insincerities inherent in the ideology of neo-liberalism’

‘A must-read for anyone who enjoyed Franzen’s Freedom or Eggers’ The Circle. MBA challenges and amuses with equal measure and makes you wonder about the impact of the Anglo-American dream’

‘A satirical thriller, a love story, and a wry look at modern management ideology all rolled into one – MBA is a piercing yet hopeful enquiry into the meaning of success’

‘A story about corruption, manipulation, lies and truth…garnished with humour. If you have an anxious disposition, maybe stock up on antacids first’

Read Douglas Board in the Times Higher Education Supplement on the pros and cons of MBA courses in real life. 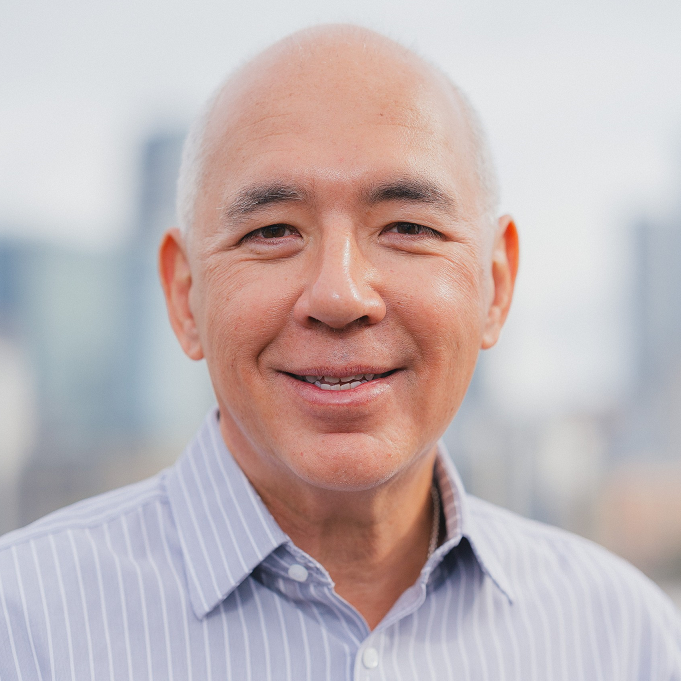 Born in Hong Kong, Douglas Board has degrees from Cambridge and Harvard and worked for the UK Treasury and then as a headhunter. He has also had a distinguished career in public life, serving as treasurer of the Diana, Princess of Wales Memorial Fund and chairing the British Refugee Council. He is currently an honorary senior visiting fellow at the business school of City, University of London.

He is the author of two applied research books on leadership, which was the subject of his doctorate. Elites, published by Eye Books in 2021, is the product of his years of experience as a headhunter. In addition he is the author of two novels: the campus satire MBA, which asked why so much of the business world is Managed By Arseholes, and Time of Lies, an exploration of the collapse of democracy. He also wrote the free-to-download novelette, The Rats: A White House Satire. 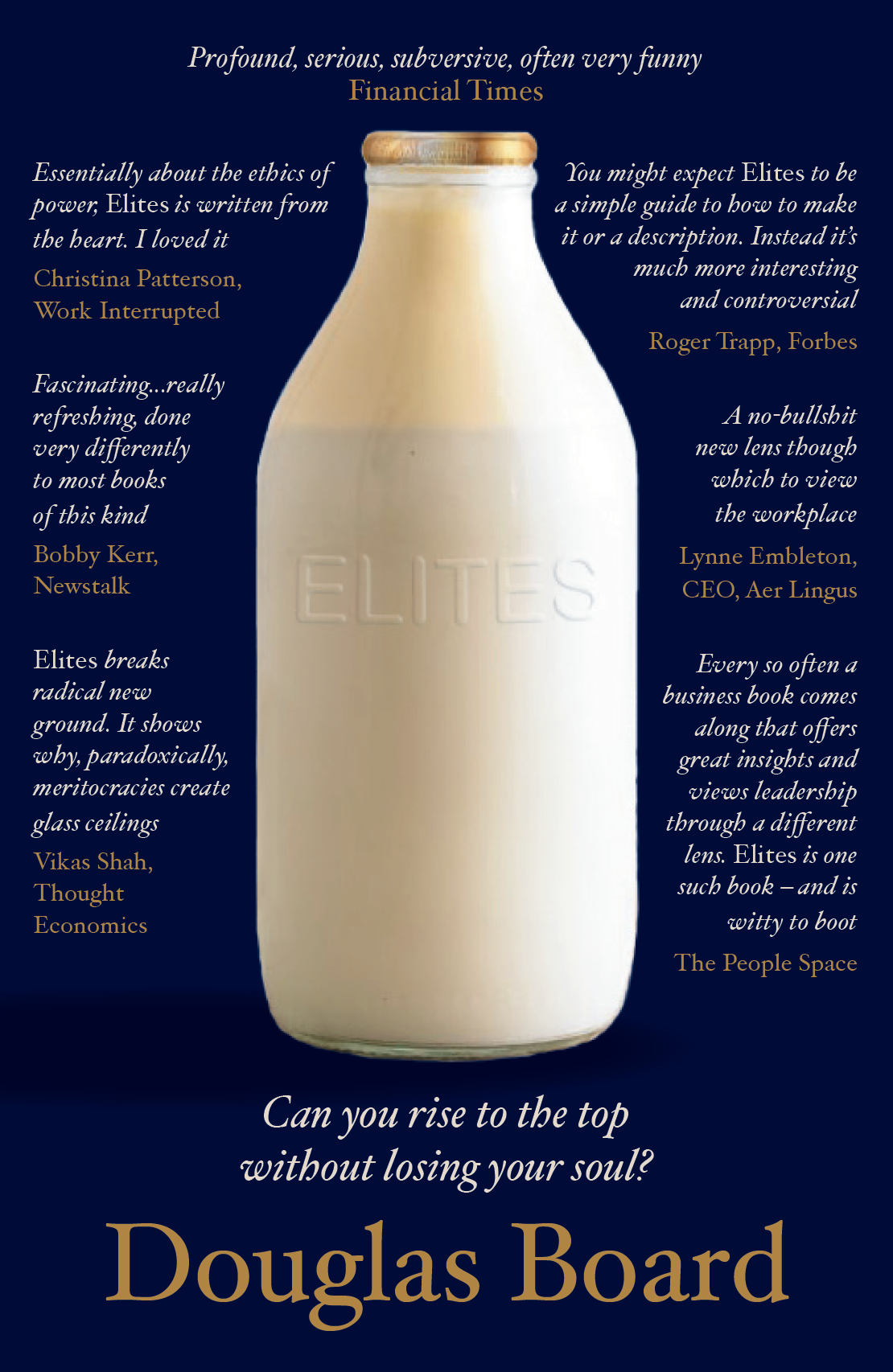 Time of Lies
Douglas Board 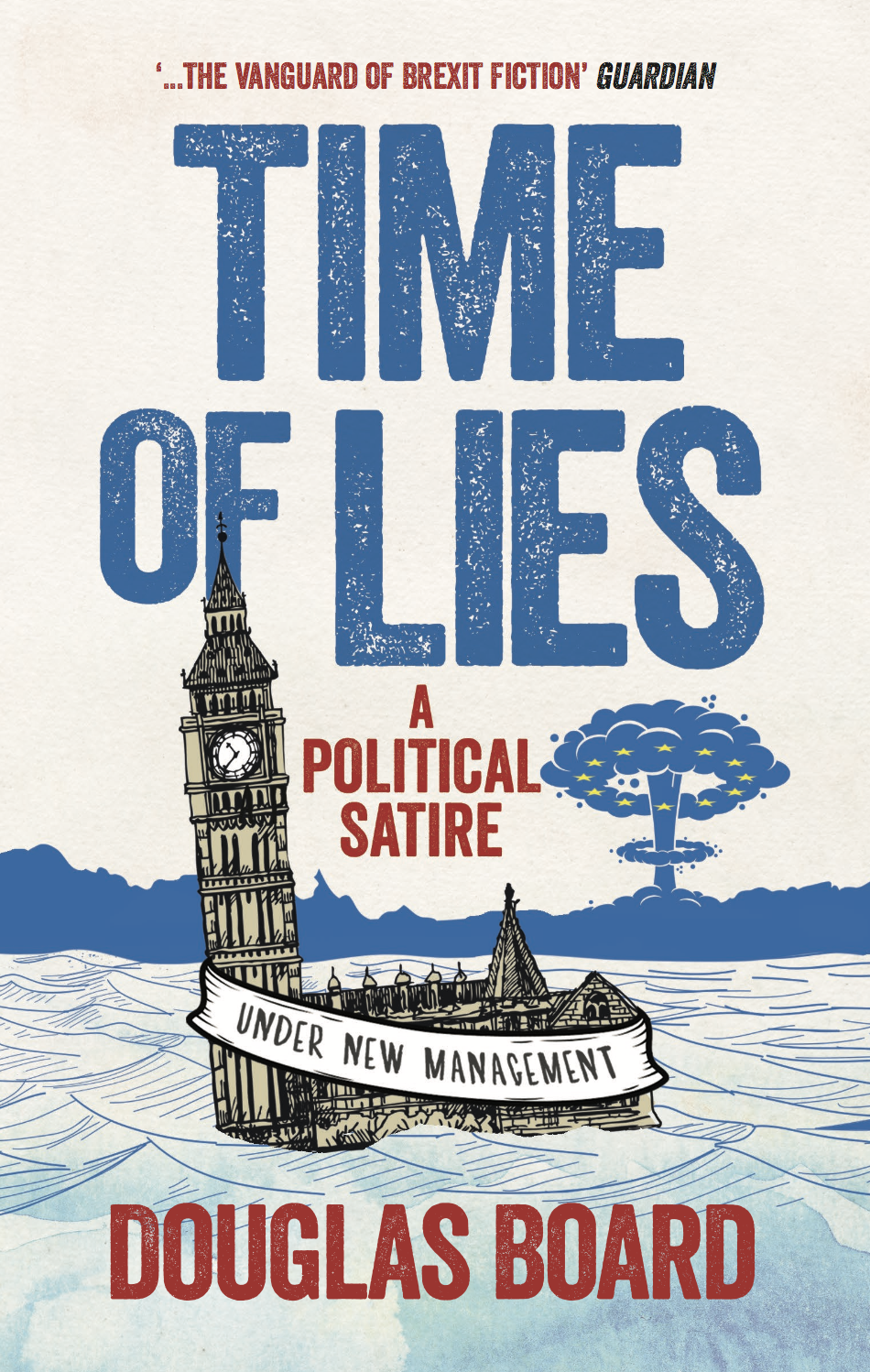