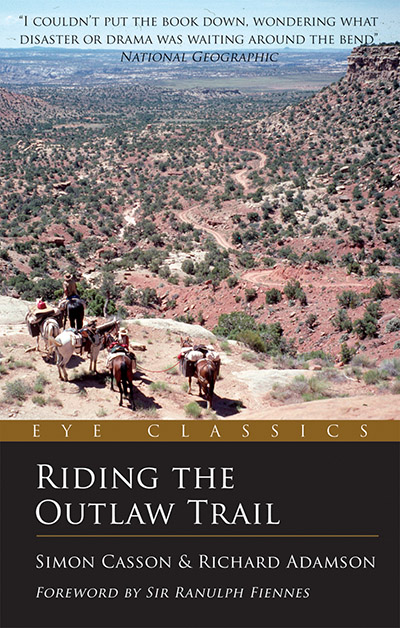 ‘A bumptious and entertaining adventure story’

Inspired by the legendary outlaws Butch Cassidy and the Sundance Kid, Simon Casson and the late Richard Adamson follow the trail of their boyhood heroes on horseback.

They ride 2,000 miles through America’s toughest and most treacherous terrain, crossing deserts, mountains, canyons and the high-plains of the Old West . They have to endure harsh conditions and cope with natural hazards and in so doing bring the exciting and violent lives of the Wild Bunch vividly to life.

This dramatic, inspiring adventure provides an insight into America’s past and present.

No one who relished every second of George Roy Hill’s brilliant and now cult 1969 movie Butch Cassidy and the Sundance Kid can be surprised to learn that the real life Butch and Sundance made a lasting impression on everyone they met. Leaving no diaries or personal accounts, they wrote few letters, but managed to write themselves handsomely into the history books and the legends – and they are still writing.

No one who relished every second of George Roy Hill’s brilliant and now cult 1969 movie Butch Cassidy and the Sundance Kid can be surprised to learn that the real life Butch and Sundance made a lasting impression on everyone they met. Leaving no diaries or personal accounts, they wrote few letters, but managed to write themselves handsomely into the history books and the legends – and they are still writing.

We know that Robert LeRoy Parker, alias Butch Cassidy, and Harry Alonzo Longabaugh, the Sundance Kid, were something special. Both were respected by most who knew them, and had been born to caring families in the West and East respectively. Both were restless youths who left home early, eventually meeting to discover a shared love of adventure and a cheerful disregard for the law.

‍
All written and oral records confirm that talented screenwriter William Goldman and megastar actors Paul Newman and Robert Redford got the basic characters just about right: Butch was affable, good-humoured and intelligent while Sundance, warier but still friendly, was the quieter of the two – though he liked sharp suits and monogrammed clothing. Both were criminals rather than killers. Indeed some historians believe that right up to the final shoot-out in Bolivia neither Butch nor Sundance had blood on their hands. If true this is likely to have been a matter of sheer efficiency rather than conscience – for years they were clearly happy to ride and rob with some very desperate and bloody men.

‍
What is certainly true is that Butch and Sundance were consummate professionals at their craft, undoubtedly the best in their business in every way: longer active careers, more sophisticated planning, higher success rates, less prison time and greater financial returns for a given investment of risk. However, as law enforcement entered the telegraph age and the frontier finally closed in aspects of a hard, violent but heroic, action-packed era. We would ride, as nearly as possible exactly as they did, the almost inaccessible trails that linked the robberies, escapes and hideouts of the two most elusive and successful outlaws of the Wild West.

‍
Where we went and what we experienced we have recorded faithfully and placed in their proper (and sometimes improper) historical context, which in turn is as accurate as five years careful prior research could make it. As well as our adventures and the many colourful characters we met, we have described baldly the life-threatening hazards, hopes and fears, tensions and often angry dissentions and confrontations of riding the Outlaw Trail, whether then or now.
Enjoy the read.

‘Casson and Adamson write with candour and humour about their moments of frustration, fear, exhaustion, self-indulgence and deep satisfaction. After reading their gripping account you may well find yourself digging out and dusting off your own long-forgotten dream of adventure’

‘A great journey in the footsteps of truly extraordinary adventurers’

‘A fast-paced read into the history of Butch and Sundance. Experience unforgiving wilderness, along with the challenges of mounting such an epic’

‘Everyone loves Butch and Sundance, many would like to emulate their adventures, but only these guys have done so. I’m envious – it makes good reading’

‘An intriguing adventure that Butch and Sundance fans will surely enjoy‘

‘The account of duplicating Butch Cassidy and the Sundance Kid makes a bumptious and entertaining adventure story. Not Paul Newman and Robert Redford but wonderful chroniclers of the sights, sounds, and feelings of that grand, harsh country’

‘A record of a courageous quest – absolutely gripping’

‘An adventure that suggest there’s still plenty of ‘wild’ left in the west. It’s exciting, uncomfortable, and unpredictable’

‘A fast read, a compelling story’

Journal of the Western Outlaw-Lawman Association

Simon Casson recalls his epic journey on the Tripping Up podcast. 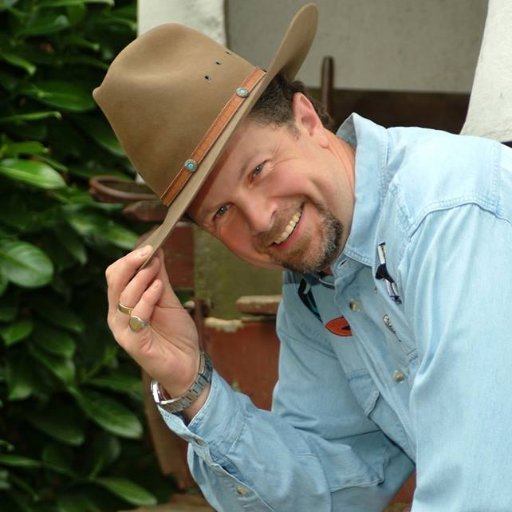 Western historian and troubleshooter Simon Casson, billed locally as ‘the Sussex Indiana Jones’, organises and accomplishes adventurous expeditions. Possibly no-one since the original bandit riders themselves has ridden and explored the outlaw trails and hideouts of America’s Old Wild West as extensively as he has. He is now a founding partner in a unique travel business based on his specialisation.