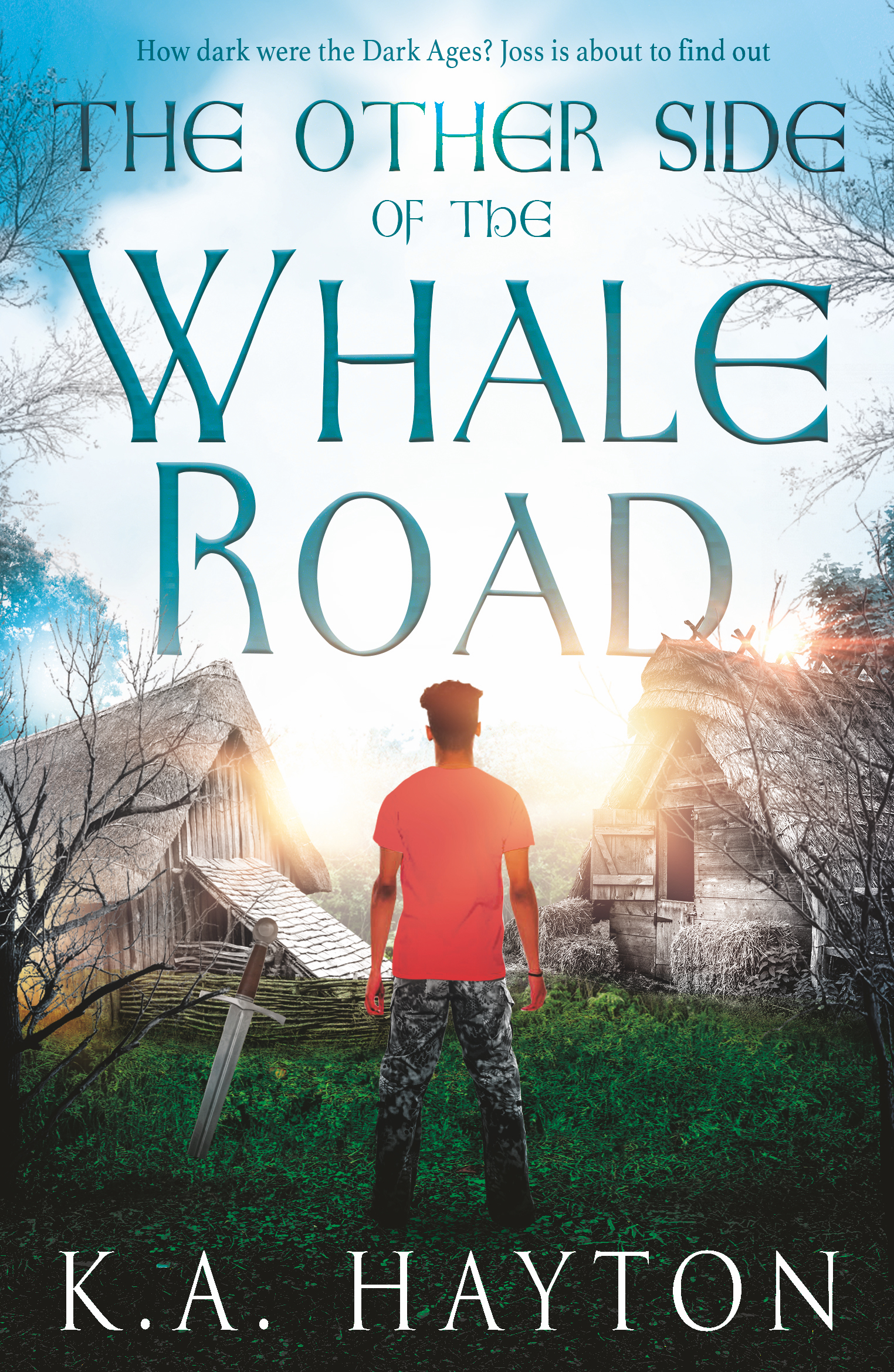 The Other Side of the Whale Road

Shortlisted for the Chicken House Competition

How dark were the Dark Ages? Joss is about to find out...

‘The Vikings are better armed than we are. They have long, heavy axes that can take a man’s head from his shoulder. I know this because I see it happen.’‍

When his mum burns down their house on the Whitehorse estate, sixteen-year-old Joss is sent to live in a sleepy Suffolk village.

The place is steeped in history, as Joss learns when a bike accident pitches him back more than 1,000 years to an Anglo-Saxon village. That history also tells him his new friends are in mortal peril from bloodthirsty invaders. Can he warn their ruler, King Edmund, in time?

And will he ever get home?

Now that it’s over, the whole thing has the quality of a dream first thing in the morning, where the more you try to remember it the more hopeless it gets, like trying to hold onto water in your cupped leaking hands.  And I mean all of it, not just the weird stuff.  I mean Cressida and Tim, and their cold dim house full of beautiful objects from all the interesting places they’d been to when they were younger; I mean Alice and that glossy waterfall of hair.  Those things are fading as fast and getting as misty as the rest of it.  The weird stuff that can’t possibly have happened really except it did, and I’ve got the scars to prove it.

Now that it’s over, the whole thing has the quality of a dream first thing in the morning, where the more you try to remember it the more hopeless it gets, like trying to hold onto water in your cupped leaking hands.  And I mean all of it, not just the weird stuff.  I mean Cressida and Tim, and their cold dim house full of beautiful objects from all the interesting places they’d been to when they were younger; I mean Alice and that glossy waterfall of hair.  Those things are fading as fast and getting as misty as the rest of it.  The weird stuff that can’t possibly have happened really except it did, and I’ve got the scars to prove it.

The village was called Hoxne.  You say it Hox-un if you’re a local and in the know, which I definitely wasn’t.  And Sofia, driving me there in her buzzy little social worker’s car - paid for by my taxes Tracy said, with a sort of false, automatic bitterness, learned from other people, which was a bit of a joke actually, because when had Tracy ever earned enough to pay even one penny in tax - anyway, Sofia called it Hocks-nee too, because she was from Romania or Spain or somewhere, and was as much of a outsider as I was, when you came to think about it.

I was going there because Tracy burned down our house.  She really did burn it down.  She fell asleep with a lighted cigarette in her hand after drinking about fifteen vodkas, and the cigarette set fire to the sofa.  There were fire engines and gawping neighbours, and a five minute piece on the local television news. It was the first time she’d done anything as bad as that, but she’d been on their radar anyway and it was the final straw.  The final straw in the coffin Sofia had said, displaying a grasp of English idiom that was not quite faultless.  She’d given me a stupid cartoon leaflet explaining what it mean, being ‘in care’, and now we were zipping along the A140 towards a village neither of us knew how to pronounce, and further and further away from Ipswich and Tracy and the twins, who were staying in town and being fostered together in a big house by the park.

“I think you will like Cressida and Tim, Joss,” Sofia said.

I said nothing.  Which I believe is often the best thing.

“They are very musical, Tim plays the piano.  And Cressida gives violin lessons.   And they keep chickens.  I expect,” Sofia added vaguely, “that they grow organic vegetables.”

The last of the light was draining out of the sky, and I no longer recognised any of the names of the villages on the road signs.  On either side of the road the trees and hedges were lumpy and black against the milky violet of the evening sky.

I felt a breathless kind of panic, as if someone was trying to stuff me into a sack.

My world was buses and shops, the solid reassurance of pavements under your feet; and the cold clean light of kebab shops spilling out of plate glass in the middle of the night.  The air I was used to smelled of petrol, and not like this air, of emptiness.  I knew that Hoxne - Hox-un - was buried deep in the guts of the Suffolk countryside, and I was trying very hard not to let the thought of it frighten me, but it did.  It scared me, the emptiness.  Breathe.  Breathe.

“Be a good boy, Joss,” Tracy had said.  Her hands were shaking when she fished in her bag for a tissue.  There was a deep groove between the long horizontal bones in her arm.  Tracy never had the time to eat.

“I’ll see you once a week.  At a family centre in Diss.  And Sofia’s enrolled you in a new school.  It’ll be better than that dump you’re in now.”

A fierce tearing not-quite-pity had shot right through me.

She started to pick at the flaky skin around her nails.

In the back of the paid-for-by-taxes car I wondered out loud how much bloody further it could be.

Sofia flashed me a tense, false, teeth-gritted smile in the rear view mirror.

The house was right on the edge of the village, up a tiny lane only just wide enough for one car, and it was bigger than any house I’d seen before.  Bigger than any house needed to be.  Sofia pulled up outside the front door, and we got out; she opened the boot, and I took both my bags, which suddenly looked small and familiar and shabby and sad.  I blinked and looked away.

It was one of those drives that curves all the way around, one way in and another way out, made of shingle like off a beach.  My shoes made a crunching sound whenever I took a step.  And the house was even  bigger, once you got up close.   It was bigger than the whole block at Ipswich had been.  The faded purple paint was flaking from the windows and doors; I could hear the soft bickering sound of the organic chickens, but I couldn’t see them.  They must have been round the back.

“And here is Cressida.”

She doesn’t look real, I thought.

I didn't know why the words banged into my head, and then I realised: it was her clothes.  They weren’t the usual sort people wore; they were long and sort of drapey.  More like dust sheets covering a statue than clothes.  And there was a big hole in the elbow of the jumper she was wearing.  Her hair was strange too, pulled into a wispy grey tail over one shoulder.

“Tim’s in the kitchen,” Cressida said.   She squeezed my arm which normally I would hate, but for some reason it didn’t bother me at all.

“This way.  We’ll have a cup of tea, and it won’t seem so strange.  Tea’s the same wherever you are.”

“We’ve had a long talk, Joss and I,” Sofia said, “about acceptable behaviours.”

Cressida didn’t answer, only smiled.  When she moved her head, the last of the daylight caught what looked like diamonds hanging from her ears and made them flash.

I squashed down a laugh at the sight of his beard, which was so wide and bushy that a family of small animals could have nested in it.  When he smiled, I saw he had a gap in between his two front teeth which somehow made me want to trust him.

You could fit the whole of the ground floor of our flat into the kitchen at Cressida’s house. There was room for a sofa, which was something I’d never imagined you would have in a kitchen, and a big square cooker thing which pumped out so much warmth I could feel the sweat forming in the roots of my hair.

“That’s an Aga,” Cressida said, seeing me look at it, “it roasts us alive in the summer, but in the winter we have to climb inside it to keep warm.  The rest of the house is Arctic, I’m afraid.  It’s so old it’s falling apart.”

He was wearing an apron, I noticed.  I had never before seen anyone wearing an apron.  And the kitchen looked like a bomb had hit it, only it was a different kind of mess to mess I’d seen before.  There were bits of fruit and vegetables and stuff lying around on chopping boards; lumps of meat and blocks of cheese.  Packets of flour and bottles of oil.  Stuff like that.

“Tim’s not what you call a tidy cook,” Cressida said, “now shall we get comfortable, and Sofia can have a cup of tea before she goes back.”

My legs felt suddenly watery and I sat down quickly on the sofa.

Cressida sat herself down next to me.

People say it all the time: you’ll be all right.  And usually it means nothing.  Or nothing much anyway.  Just that they like you and want you to know it.  But the funny thing about Cressida saying it, was that it sounded truer than that.  Like she knew more than I did.  Like things really would turn out okay in the end.

Suddenly, I realised something.  I realised that I liked Cressida and Tim.  And that you could trust them.

K.A. Hayton talks to the East Anglian Daily Times about the long road to publication. 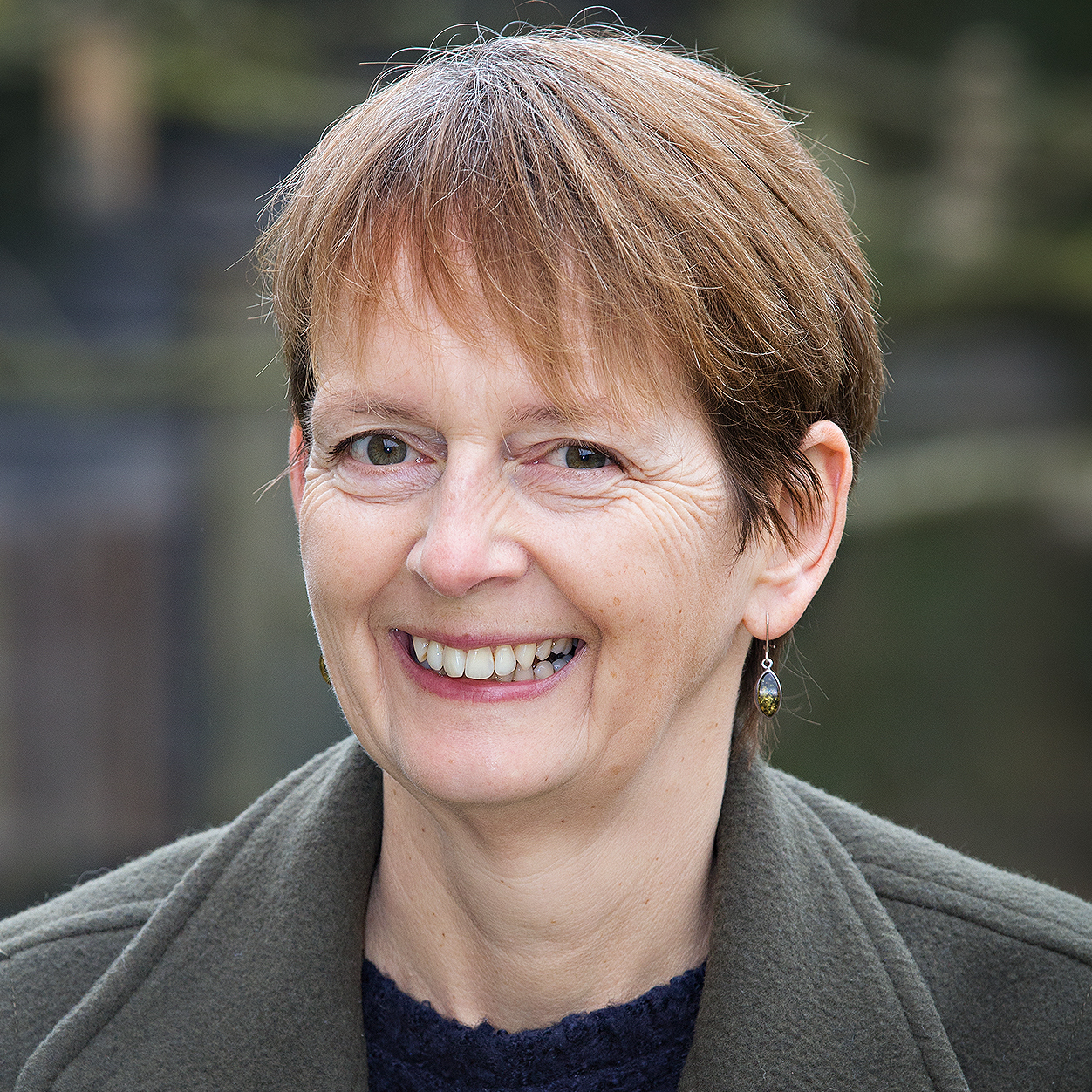 As an RAF child, K.A. Hayton grew up in various parts of Europe, arriving in England just in time for the winter of discontent.

She spent her first year of an English degree at Sheffield University studying Anglo-Saxon poetry, which sparked an enduring interest in the Dark Ages. She trained as a nurse, now works as a health visitor and is also a magistrate. She has two grown-up daughters and lives in rural Suffolk, very close to Sutton Hoo, with her husband and a Hungarian rescue dog.

She is a keen runner, sea-swimmer and supporter of Ipswich Town FC. The Other Side of the Whale Road is her first novel.