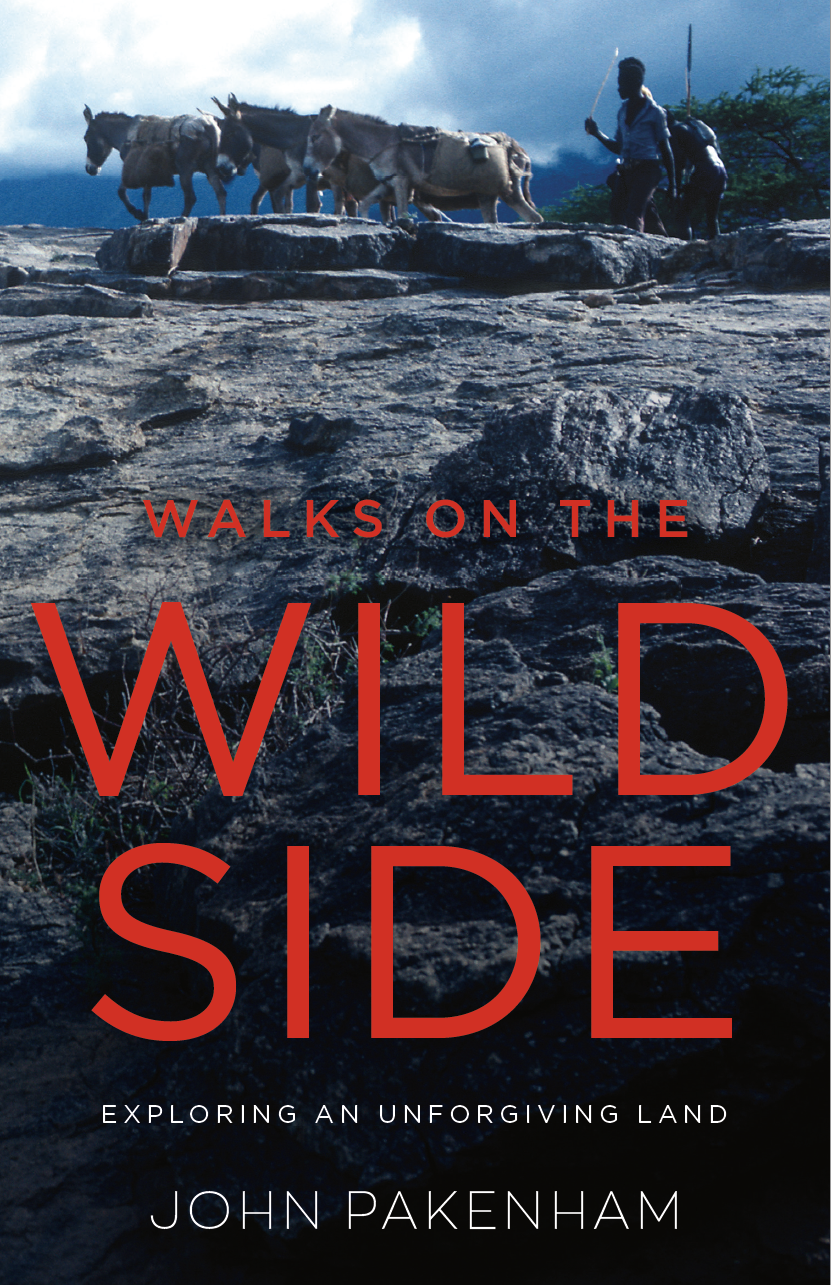 Walks on the Wild Side

Are you ready to take a walk on the seriously wild side?

In the early 1980s, John Pakenham walked a total of 1,200 miles through the volcanic desert around Lake Turkana in northern Kenya in the company of local Turkana and Samburu tribesmen and their long-suffering donkeys.

Repeatedly beset by extreme thirst and dehydration, blistering heat, bitterly cold torrential rains, poisonous spiders, vindictive mosquitoes and the ever-present threat of bandits, not to mention a fatal fight between two of his companions, he was lucky to live to tell his tale.

Pakenham’s account provides a rare glimpse of a tough terrain and its even tougher inhabitants, where every day was a battle for survival. This is extreme travel that, four decades on, still packs a powerful punch.

On a stifling hot August day in 1978 I was sitting in a rundown old minibus when a powerful sandstorm blew into Aleppo from the desert. The city came to a standstill, with visibility reduced to arm’s length. All the windows were slammed closed until the heat inside was unbearable and everyone was pouring sweat, and when they had to be reopened the sand stuck to everybody and everything, including the book I was trying to read. This was Journey to the Jade Sea by John Hillaby, his story about a lengthy trek using camels along the eastern side of Lake Turkana in north-west Kenya, an area that was completely off everyone’s radar at the time. The sand of the Syrian desert in my teeth and the dryness of my throat made a perfect backdrop for such a story. The lake had been discovered in 1888 and his was the first significant expedition since the early explorers. I was fascinated by the lake’s remoteness, the harshness of its volcanic desert landscapes and the fact that in some weather conditions its water turned jade green. I immediately made up my mind that I wanted to go there one day.

The following year, having spent nine months working on the second Stars Wars movie, The Empire Strikes Back, taking care of the eight different versions of R2D2 during the shoot, I flew to Algiers. I set off south on one of the only two sand roads crossing the Sahara, which is actually a vast conglomeration of different deserts merged into one; huge sand seas and endless gravel plains. After a couple of long days in a series of buses I reached Tamanrasset (south of the Hoggar Mountains) in southern Algeria, dead-centre of the Sahara. Amazing that from there to Algiers is almost the same distance as from Algiers to London, yet Tamanrasset is only halfway across the Sahara. An absolutely vast expanse.

I wanted to make a journey with camels up the length of the Teffedest mountain range, which reaches north from the Hoggar mountains to its northern peak, Oudane, also known as Garet el Djenoun (the turret of the demons). The local Tuareg peoples, who have a brave and blood-soaked history, were terrified of these fearsome demons, the Kel Asouf, so no one would go near it. For weeks I searched in vain for a guide.

At last I met a Tuareg called El Ghamis in the tiny village of Hirhafok, north of the Hoggar mountains, who agreed to take me through the desert to Oudane. He was 38, heavily turbaned, in long, flowing robes, and had spent his whole life working with camel caravans, trading immense distances across the desert, remembering lengthy routes like the back of his hand. Those hands were like the bark of an oak tree, almost brittle with dried, gnarled skin; as were his feet, which had spent a lifetime in scalding sand by day and sub-zero temperatures by night. We had no tent – just wrapped ourselves in camel blankets with long turbans wound round our heads, shuddering with cold. Inside my Icelandic sleeping bag, under the blankets, I was fully dressed, still chilled to the bone, yet El Ghamis’ bare feet were always outside his inadequate covers. By contrast the midday heat was extreme. No wonder the rocks shattered with expansion and contraction.

He agreed to take me to the closest point to Oudane that he considered safe, and from there I would have to go alone on foot. To Oudane from Hirhafok and back is almost 150 miles. We took three camels, all of which I found agonising, totally unlike riding a horse. My back was on fire and my bottom was bruised and numb. The Tuareg dictate the speed of their camels by gently jabbing the toes of the left foot into the back of the camel’s neck with each step to maintain the rhythm, non-stop, all day long. As a result, experienced cameleers like El Ghamis developed disproportionately large thigh muscles on the left leg.

There was no way I could do that, and after 30 minutes my thigh was screaming. Consequently I tended to lag behind and would sometimes need a light flick with the camel stick to make up speed.

But this was dangerous as the camel sometimes broke into a gallop and on one occasion I was thrown. It is about eleven feet from head-height to the ground, but luckily I landed in the only small patch of sand we crossed that day in a plain of endless shattered rock. No broken bones, but one of my two aluminium water bottles was crushed flat, which would be a serious handicap.

We met very few other Tuareg travellers en route, sharing camp whenever we did. They all thought El Ghamis was taking far too great a risk making this journey to Oudane, and that I, of course, was simply nuts. Conversation was limited as the Tuareg speak an unusual language called Tamasheq, as well as some Arabic, in which I had limited ability. El Ghamis also had about a dozen words of French which were a bit risky as they often did not mean what he thought; such as saying ‘cinq’ while holding up three fingers. I learnt that ‘Mange le chameau’, was not an invitation to eat one of our camels but a signal that it was time to feed them. But we coped. El Ghamis sang lengthy Tamasheq ballads as we rode along, hauntingly enchanting in the vast emptiness.

Oudane, which rises to over seven and a half thousand feet, seemed little more than a hillock on the horizon when he stopped. That was close enough, he would go no further. We were still 20 miles away. There was nothing else I could do, so next morning I set off on foot with a little food and my remaining one-litre water container (all other water was in goat skins on the camels’ loads) to spend the day trudging through the sand. Absolute emptiness – just a few tracks of wild dogs. The nearest settlement was about 60 miles away. My heart thundered. The map marked a well but El Ghamis had said it did not exist. It was a thirsty walk. Close to the base of Oudane I found a small desiccated scattering of old trees and stopped for the night. Their discarded branches allowed me to keep a blaze alive all night to ward off any wild animals. Perhaps it also warded off the Kel Asouf demons.

The next morning I considered scrambling up the lower slopes of the mountain, but with my limited water ration I should already be starting back. And might El Ghamis’ terror of the Kel Asouf make him lose his nerve and abandon me? As I skirted some mountains to the south I took a wrong turning and ended up in a blind valley over a mile from my intended route. That really scared me. To be lost in such solitude was terrifying; a death sentence.

‘A lockdown read that transports you to less explored lands, packs a powerful punch and examines the attraction to extreme travel’

John Pakenham traversed the unforgiving landscape surrounding the largest desert lake in the world and lived to tell the tale – albeit four decades later. He talks about his experience to journalist Amanda Nicholls.

John recalls his trek and gives tips for modern-day visitors to Kenya in a blog for TripFiction. 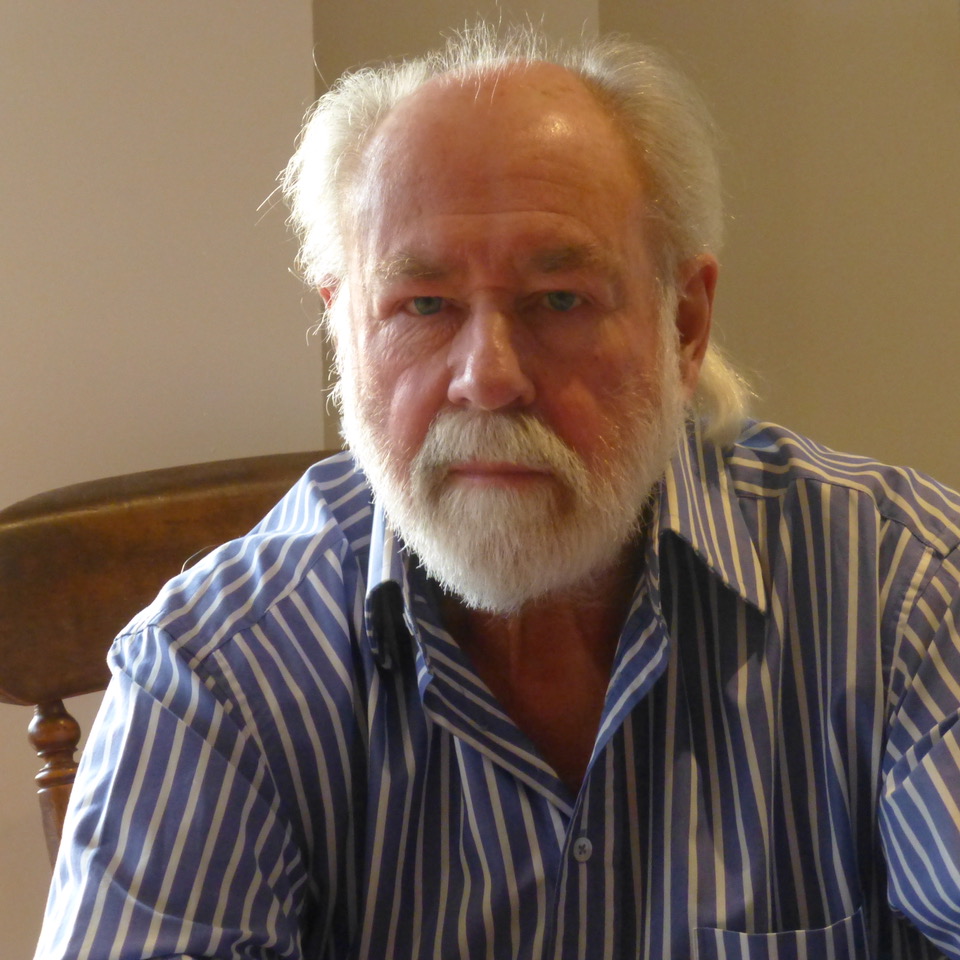 John Pakenham was born in Zanzibar, where his father was a colonial officer. He was still a small child when his family returned to England.

After schooling in Bath, he studied theatre design and spent several years working in provincial and West End theatres. He then moved into the film industry as a special effects technician. He was one of the team responsible for the robot R2D2 in The Empire Strikes Back.

Fascinated by the journeys of past adventurers, he befriended the last of the old-school explorers, Wilfred Thesiger, who encouraged him, between movies, to travel without modern comforts, using only map and compass, donkeys and camels. That created the foundation for the treks described in Walks on the Wild Side.

He believes passionately in the need to protect the planet and its wild creatures from the damage caused by humans.

He and his wife now live in Norfolk.