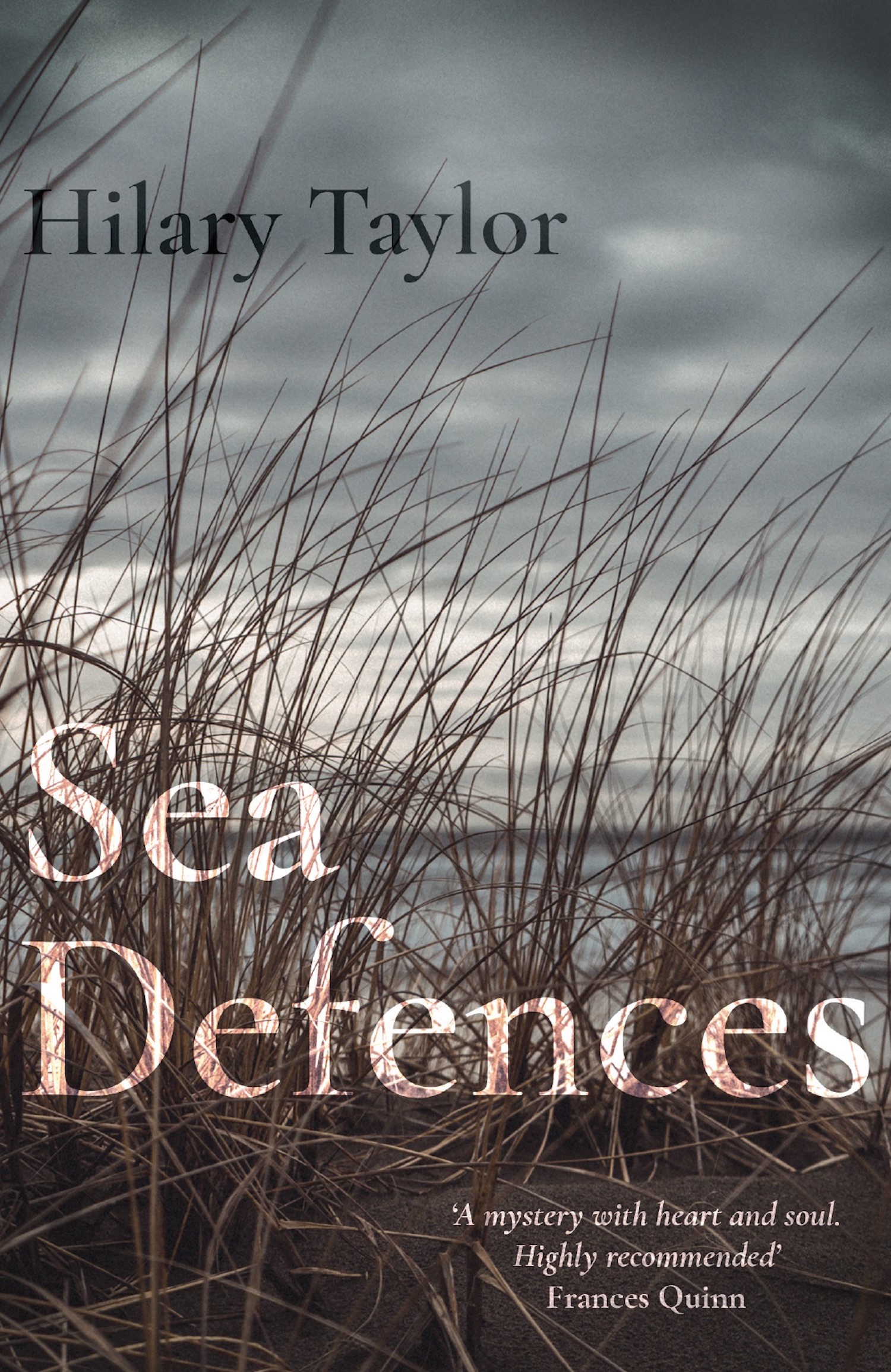 Two mothers at war with the elements. And each other…

‘A stunning debut with a thrilling finale. Fans of Broadchurch will love it’

‍Rachel, a trainee vicar struggling to bond with her flock in the coastal town of Holthorpe, learns the terrifying power of the North Sea when her six-year-old daughter goes missing on the beach.

Meanwhile Mary, a defiant and distrustful loner, is fighting her own battle against nature as the crumbling Norfolk shoreline brings her clifftop home ever closer to destruction.

Both scarred by life, the two women are drawn into an unlikely friendship, but Mary’s misfit son Adam is nursing a secret. For Rachel, it will subject her battered faith to its greatest test: will she be strong enough to forgive?

In her taut, lyrical debut novel, Hilary Taylor weaves the bleak power of the East Anglian winter into a searingly honest psychological drama, as gripping as any thriller.

Rachel never stopped loving the sea. Even after it happened. The need to blame someone consumed her, but she never blamed the sea.

She had always longed to live in a place where she could hear the crash and suck of the waves through the open window at night, where she could smell the salt in the air, where there would always be sand stuck in the soles of her shoes. She loved to walk that ever-shifting boundary between land and ocean, that magical seam, where neither world claimed her. On that smudged line, the stitching is loose. The fabric pulls. No one can say the ocean ends here and the land begins here. Or the other way round. You could fall between the cracks.

Rachel never stopped loving the sea. Even after it happened. The need to blame someone consumed her, but she never blamed the sea.

She had always longed to live in a place where she could hear the crash and suck of the waves through the open window at night, where she could smell the salt in the air, where there would always be sand stuck in the soles of her shoes. She loved to walk that ever-shifting boundary between land and ocean, that magical seam, where neither world claimed her. On that smudged line, the stitching is loose. The fabric pulls. No one can say the ocean ends here and the land begins here. Or the other way round. You could fall between the cracks.

February. A bleak Friday afternoon. Whose idea was it to hold a PCC meeting at such a time? Rachel’s pencil meandered down the margin, forming intricate curls and spirals, creating a border of waves for the agenda. Her feet were freezing, and the musty smell in the vestry made her feel sick. Some of the fabrics – the cassocks and altar cloths and those tapestry kneelers – must be twice the age she was. Bat droppings nestled in the corners of the window sill. They would have met in the vicarage if it wasn’t located in the most distant of the four parishes, six miles inland from Holthorpe. She had considered offering her house, but it wouldn’t be fair on the children, not to mention Christopher. Besides, it was still five months till her ordination and it wouldn’t do to get ahead of herself.

She ticked off the items. The Christmas Fayre had made over eight hundred pounds, the Scout Hut had been booked for the Easter bake sale, and everyone was in favour of putting an extra thousand towards the Parish Share.

‘Maybe we’ll manage more than half this year,’ Gail said.

Rachel glanced at the clock on the wall. Five past four. Jamie would be all right for a bit on his own at home, but Hannah needed collecting from Friday Club at half past. She might make it, if she could avoid being grabbed for ‘a quick word’ after the meeting. They’d have to go to Tesco on the way home. She made a mental list. Loo roll, cereal, bananas, cheese. Something easy for tea. Pasta. Again.

‘Finally,’ Gail said, ‘we come to the summer concert.’

‘Ah, yes.’ Clearly, Thelma had been waiting for this last agenda item, and now set her jaw and shoulders for battle.

‘I still don’t understand,’ Thelma went on, ‘why we have to give half the proceeds to the RNLI. When we had the Saffron Singers, we always got all the money, and a jolly good fundraiser it was. And since this is a replacement for that event, I can’t see why it has to be a different arrangement.’

Rachel opened her eyes, but was careful not to meet anyone’s gaze. Instead, she looked at her paper. The pencil lines were thick and dark, and the dainty curlicues had grown into towering waves.

‘We agreed this last time,’ Gail said. ‘It’s in the minutes. The proceeds will be split fifty-fifty.’

Rachel noted Gail’s relaxed yet authoritative posture, the kindness in her eyes. Am I kidding myself, she thought, imagining I can do this? She was good at the intellectual stuff, but the patience needed to negotiate these petty personality clashes was beyond her. Putting on a dog collar couldn’t change that, and she wasn’t sure the training was doing anything to improve her people skills. But then, Gail had been a vicar for over thirty years. She’d had a long time to get good at it. Maybe Thelma’s ‘got issues’, Rachel thought now, as some of her colleagues would have said about their students, and this quarrelling is a displacement activity.

‘I know it was agreed,’ Thelma said. ‘But could someone explain why?’

Martin, next to Rachel, exhaled sharply. ‘The lifeboat group approached me,’ he said, with exaggerated patience, ‘to see if our band could play for their summer fundraiser, and then it turned out the venue was double-booked, and it was agreed to hold the concert here and split the proceeds between both worthy causes.’

Gail held up her hand. ‘Thank you, Martin. As I said, it’s settled. And of course, Thelma, we’d be most grateful if we could leave the refreshments in your expert hands as usual. Savoury nibbles, I think we said.’

‘I always did scones when we had the Saffron Singers,’ Thelma said. ‘With cream.’

Rachel drew a hard line across the page under Any Other Business. And back again. Twenty past four. They should have finished half an hour ago. Even if she left now, she’d be late. She fished her phone from the bag by her feet. The relative merits of savoury nibbles and cream teas were batted back and forth around her.

No one took any notice.

Christopher agreed to collect Hannah. ‘No problem,’ he said. No one at his school stayed late on a Friday.

‘I’ll do a quick shop and be home in time to cook,’ Rachel told him. ‘We can all eat together.’ She ended the call, let out a long breath, and gave her attention back to the room.

‘I’m sure there’s someone else who’d be perfectly capable of masterminding a savoury buffet,’ Thelma said. ‘It doesn’t have to be me.’

‘Okay.’ Martin’s voice took on a brisk jollity. Rachel couldn’t believe he was calling Thelma’s bluff. ‘I’ll ask Mick and Louise. They do most of the RNLI catering. They’ll be glad to step in if it’s too much for you, Thelma. They always do a grand spread.’

‘Thank you.’ Gail let him get away with it. ‘Please do ask them. Now, it’s nearly half past four. Any other business? No? Let’s say the Grace.’

Thelma caught up with Rachel at the lych gate. It was almost dark, and the wind gusted round them. Rachel shrugged herself further into the collar of her coat and headed across the lane towards her car. Her feet were like ice blocks. Her hand was on the door handle when Thelma said, ‘It’s such a shame about the Saffron Singers, isn’t it? Disbanding. People came from all over Norfolk.’

Would it be kind to mention the reputation of Thelma’s delicious scones, or would it add fuel to her fire? Before she could decide, Thelma said, ‘Still, it’s just as well, I suppose, in the circumstances.’

Pastoral care, Rachel thought. People skills. No excuse, now I’m not rushing off for Hannah. She let go of the handle, touched Thelma’s arm. ‘Is everything all right?’

‘A mystery with heart and soul, and a poignant picture of a family living with loss – highly recommended’

‘A compelling and powerful debut, laced with mystery and full of heart’

‘Powerful and raw, like the sea she describes so evocatively. Really wonderful writing, with characters you feel you know right through to the bones’

‘Poetry in prose. Written with warmth and wit, this astutely observed study in grief is balanced by an exploration of faith, friendship and love’

‘Raw, powerful, gripping and poetic. Next-level good. My heart has been ripped apart. I've cried and I've sat wide-eyed, desperate to read every next sentence’

‘A heartbreaking exploration of grief and faith, with undercurrents of unease and intrigue, this is a tender, poignant and compassionate literary thriller’

‘A stunning debut: evocative descriptions, strong characterisation and a simmering tension which builds to a thrilling finale. Fans of Broadchurch, in particular, will love it’

‘Utterly engrossing and atmospheric, Sea Defences is an extraordinarily accomplished debut novel with its bare but beguiling prose and poignant exploration of loss. I loved it!’

‘A stunning debut. You too could be swept away’

‘A stunning debut which will have you glued to the page. I'm a sucker for anything set in Norfolk but even taking that into account, this is top class’

‘A gripping read. The portrayal of a mother utterly consumed with wanting to know what happened to her daughter is totally believable – and heartbreaking’

‘Powerful and unputdownable. I was blown away. I suggest you check it out immediately’

Sea Defences began life as a prize-winning short story, placed third in the Bath Short Story Award. Here she tells the BSSA about the process of turning the story into a novel. 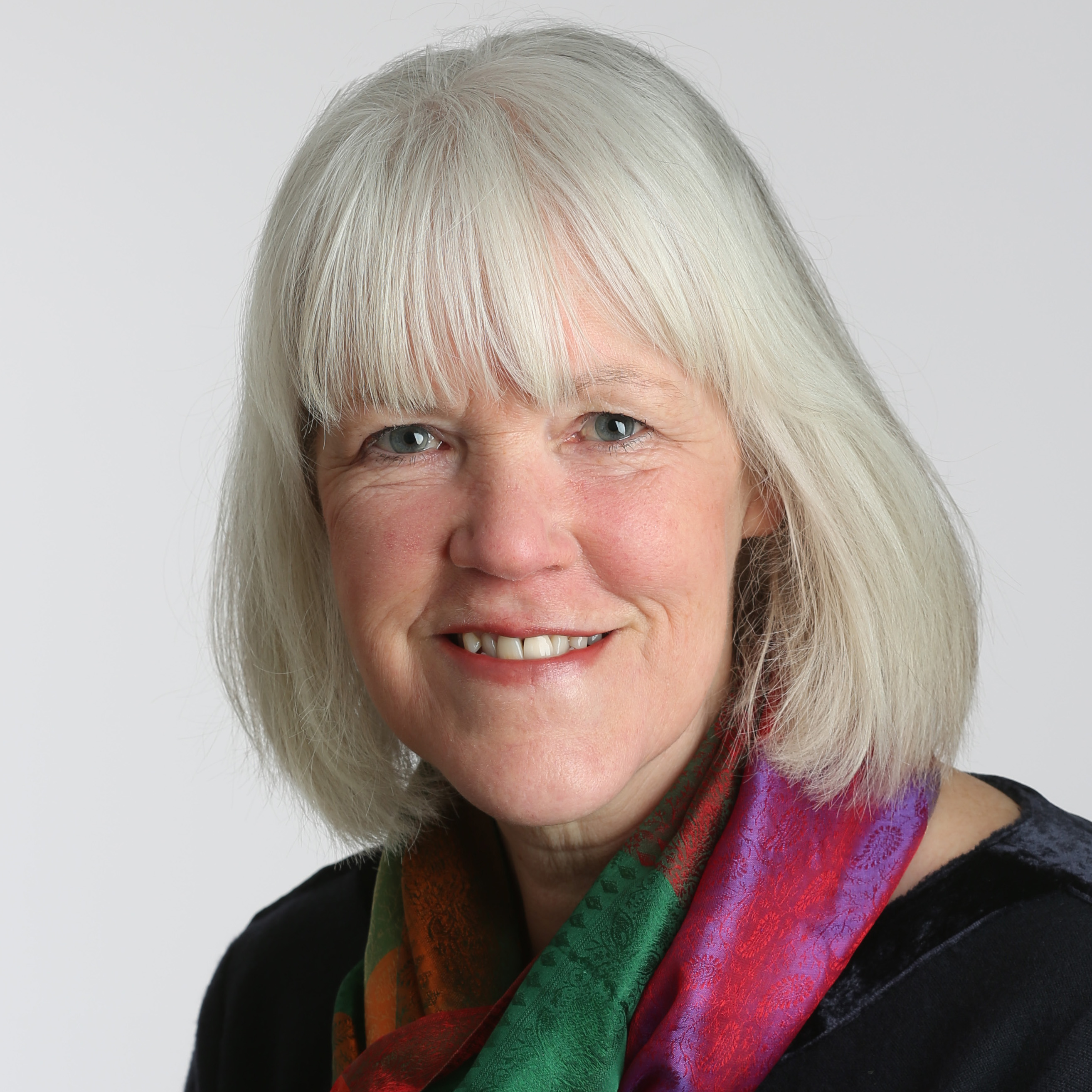 Hilary Taylor is a graduate of Edinburgh University and lives in Suffolk, where she taught for almost twenty years. She has five grown-up children and, at the last count, eight grandchildren. Her short fiction has been published in magazines and anthologies and she was the winner of the Bridport Prize for Flash Fiction in 2022. Sea Defences, her first novel, began life as a prize-winning short story, placed third in the Bath Short Story Award.