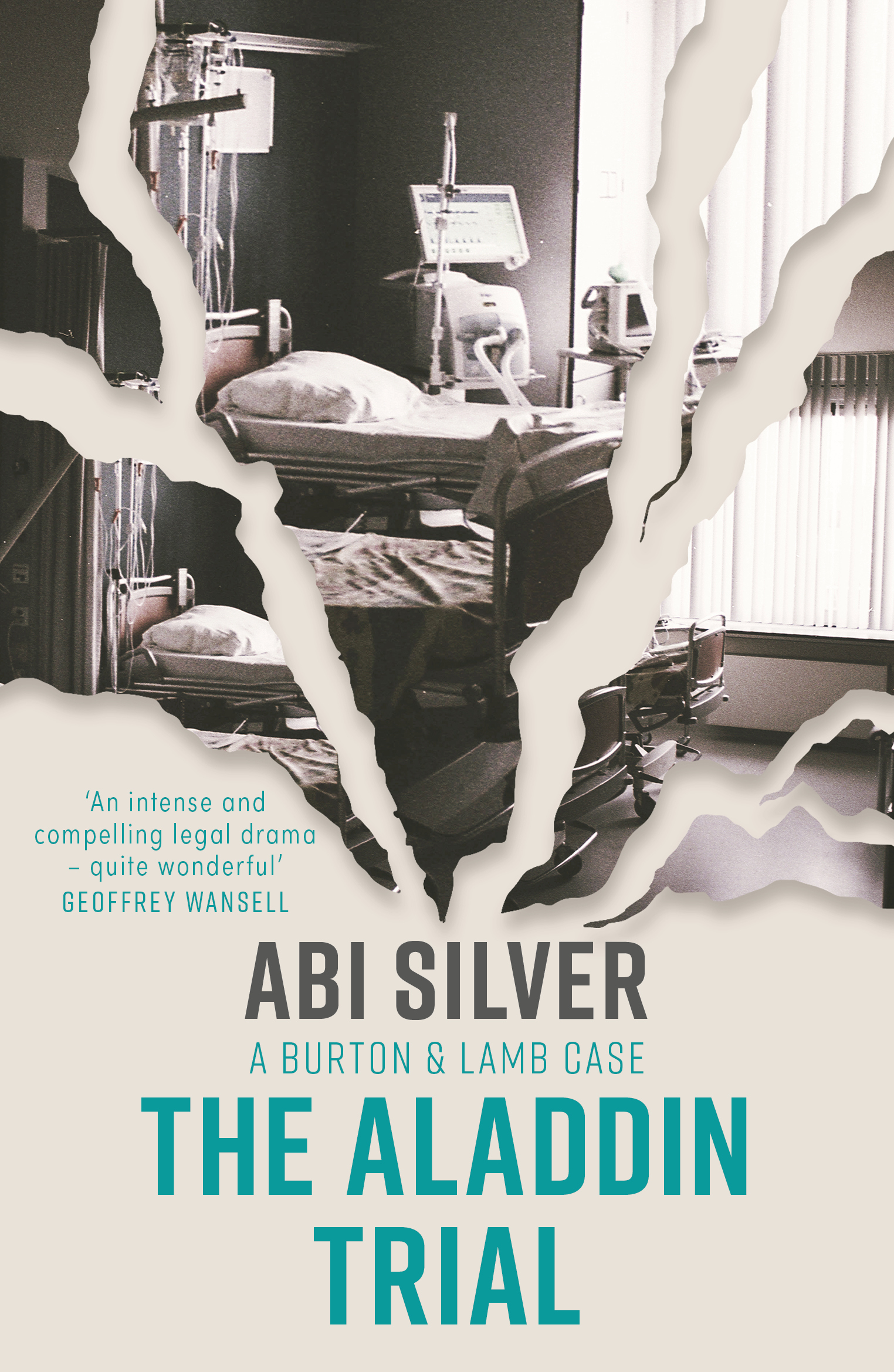 ‘An intense and compelling legal drama – quite wonderful’ Geoffrey Wansell

When an elderly artist plunges one hundred feet to her death at a London hospital, the police sense foul play.

The hospital cleaner, a Syrian refugee, is arrested for her murder. He protests his innocence, but why has he given the woman the story of Aladdin to read, and why does he shake uncontrollably in times of stress?

Judith Burton and Constance Lamb reunite to defend a man the media has already convicted. In a spellbinding courtroom confrontation in which they once more grapple with all-too-possible developments in artificial intelligence, they uncover not only the cleaner’s secrets, but also those of the artist’s family, her lawyer and the hospital.

A new Burton and Lamb legal thriller with an AI twist from the author of the acclaimed The Pinocchio Brief.

The body lay unnoticed for hours. This was not startling; the area behind St Mark’s Hospital was hardly a magnet for revellers or a main thoroughfare, and it had been night time when she had fallen. But it might have surprised the corpse – before she died, of course – given the manner of her launch from the platform above and the spectacular splintering of her skull against an exposed tree stump.

As a young art student, she had tried many times to imitate Picasso’s style in his Cubist period, before tiring of painting portraits in vibrant colours with one eye bigger than the other. It might have been comforting to her to imagine her own face appearing that way now, one side swollen and disfigured, the eye bulging, out of proportion, a mass of yellow and purple, rather than the more gruesome reality of her situation.

And if she had had time to reflect on things, the deceased might have conceived of her plunge as a glorious swan song, a piece of intense performance art to herald her departure from this world  and her arrival in the next, worthy of a standing ovation.

But in truth, there was almost nothing of any note; the crack of her head’s destruction, the snap of her neck and then her body listing to one side before settling quickly into the undergrowth, its flamboyant fall a distant memory. And then silence. No trumpets or fanfares, no applause, no rush to her aid. Barbara Hennessy’s life came to an end much as she had lived: erratically and with a burst of great drama.

This was how she was found by a walker around 5.30am, his dog first romping towards her crumpled body then pausing, its head turning one way and the other, enveloped in sensory confusion. Now the area was a hive of activity; forensics and police and local people, including hospital employees and workers, trying to get a glimpse on their way into work.

Barbara was still wearing her nightdress and hospital wrist tag. If she had been allowed to choose her own attire for such an occasion, she would have preferred the Stella McCartney number she had picked up from a car boot sale in Tring, and her Boho bangle. Sadly, those items were languishing in the bedroom of her modest flat in Primrose Hill (closer to Chalk Farm but she had persisted with the Primrose Hill tag), the dress hanging in the wardrobe, the bracelet in the drawer by her bed.

Perhaps, if considering the matter objectively (which was not actually Barbara’s forte) she would have appreciated the aesthetics of the scene: her forget-me-not blue nightgown complemented the rose bay willow herb and set off the last of the bluebells. And her fiery orange Vivienne Westwood rinse blended in with the carpet of crisp, fallen oak leaves she lay upon.

Chief Inspector Dawson lifted the flap of the makeshift tent erected over the dead woman. He was no art-lover and paid no attention to the colours or hues or shapes of what he saw. ‘Cause of death’ was what interested him first and foremost, and whether, as a result of what he could glean from the body and the attending pathologist, he would be heading up another murder enquiry.

Later, after a few direct questions to the pathologist, Dawson would go into the hospital, ride the crowded lift, and stand with furrowed brow at the place from which the deceased had perhaps plunged to her death. She had fallen – or been pushed (no conclusions had yet been drawn; all options were being assessed and weighed up) – not from her allotted bedroom but a staff room at the end of the corridor. So, for all Dawson’s complaints about ‘contamination’, in truth there was no way to secure this crime scene. This was a hospital. It was impossible to move any other patients out from their rooms. Even if he could negotiate the administrative minefield of where to relocate private patients in an NHS hospital, there weren’t any spare beds. And the staff needed somewhere to go, or they’d be changing in the corridor.

He would sniff the air in the woman’s room and smell only disinfectant and a mild, sweet scent from the roses next to her hospital bed. But here, again, the evidence was damaged. When the nurses had been alerted to the grisly discovery eleven floors below, they had rushed into Mrs Hennessy’s room (he knew her name now, although while he was outside and she was spread on the ground in front of him, she had been very much ‘the woman’ or ‘the body’), tweaking the bed and its covers, opening and closing doors.

One nurse admitted later on that she had crawled underneath the bed; ridiculous given Mrs Hennessy’s age and the fact that the gap beneath the bed was visible from the door. But perhaps the nurses had needed corroboration of what they had been told? How could effusive Barbara Hennessy, who had chatted to them animatedly about the effective use of elephant dung in paintings (they had been rather disgusted), and sitting as a model for Lucian Freud (they had pretended to know who he was, but it made her sound eminent in any event), really be lying dead on the ground below?

It was much simpler to imagine the former inhabitant of room 3 as having been discharged a little earlier than expected; all that remained was for a relative to return to pick up her things.

Inspector Dawson would placate himself with the conclusion that there was little of note in Mrs Hennessy’s room to assist his investigation: three pillows at the head of the bed, suggesting her last position had been fairly upright; the bed covers turned back as if she had exited in a hurry. A paperback book, The Arabian Nights, lay on the table, a bookmark showing limited progress through its pages.

And when Dawson exited, he would notice the blinds were closed across the glass-panelled door. For a second, he had a vision of a man with gloved hands, wearing a surgical mask, creeping in during the hours of darkness, sliding the blinds closed and rushing forward to strike the helpless woman as she lay asleep in bed. Dawson shook his head. He should stick to the facts and where they led him, and avoid extrapolation. He reached out to touch the glass and then hurried off to give express instructions for fingerprinting to dust that area down thoroughly when they arrived.

‘What can you tell me?’ he asked the pathologist, gruffly, acutely aware of the staleness in the air beneath the canvas. ‘And don’t hold back, I’ve already been put off my lunch.’

‘An intense and compelling legal drama – quite wonderful’

‘Like a chess Grandmaster, Silver expertly manoeuvres the pieces of her plot to craft a tense, intelligent mystery’

‘An enjoyably elaborate and distinctive variation on the courtroom thriller’

‘An appealing and involving plot with a strongly contemporary flavour, and an unexpected and very engaging denouement’

‘An ingenious and compelling whodunnit’

‘What wonderful characters! It’s great to see smart, successful women taking on the real hero role of a story. There isn’t anything I didn’t like about The Aladdin Trial. Smart, relevant, sensitive and immensely readable: an all-round brilliant book’

‘This is the second book featuring Burton and Lamb, following The Pinocchio Brief. Their exploits will appeal to those who like courtroom dramatics; Judith is always quick-thinking and puts in a great performance. I suspect that the out-of-court component of their activities goes well beyond what you might hope for from your legal counsel, but it makes for great fiction, and the pair are quirky, independent-minded and abrasive enough to make them interesting’

‘After last year’s confident debut in The Pinocchio Brief, Silver reunites Constance Lamb and Judith Burton in another assured display of crime writing. The cut and thrust of a murder trial makes for a compelling climax. Having hit on a winning formula, Silver sticks to it’

‘Topical, plausible... A book for the beach’

‘Lots of twists and turns made The Aladdin Trial a great story to spend time with. If you like a courtroom drama, then add Abi Silver to your reading list – two good ’uns…and counting!’

‘Utterly gripping and a top-notch mystery. One of my top ten books of the year. Highly recommended. 5/5 stars’

‘The dynamic legal duo of Burton and Lamb are back. Abi Silver has again written a legal thriller with a difference, the perfect follow-up to The Pinocchio Brief. I loved The Aladdin Trial. Just one question: when’s book three out?’

‘The Aladdin Trial is fresh, gripping and offers quite some food for thought. If you love a good thriller, you'll want to put it on your reading list’

‘Clever and well thought out...a brilliant twist at the end...I was on the edge of the page throughout. I can’t wait to see what Abi Silver comes up with next’

‘I love a good legal thriller and Abi Silver writes so well with an often speculative eye and has created a quietly dynamic duo in Burton and Lamb. Overall another brilliantly addictive read. I’m really looking forward to more from the world of Burton and Lamb’

‘Would I recommend? Definitely. I enjoyed how different this book was. Even if this isn’t your genre I’d pick this one up’

‘A very timely and harrowing read. So many twists and turns lead up to a stunning courtroom climax. I absolutely loved it’

Read a Q&A interview with Abi Silver and another here.

Blogger A Knight's Reads cites The Aladdin Trial as one of her top five books of the year to date. 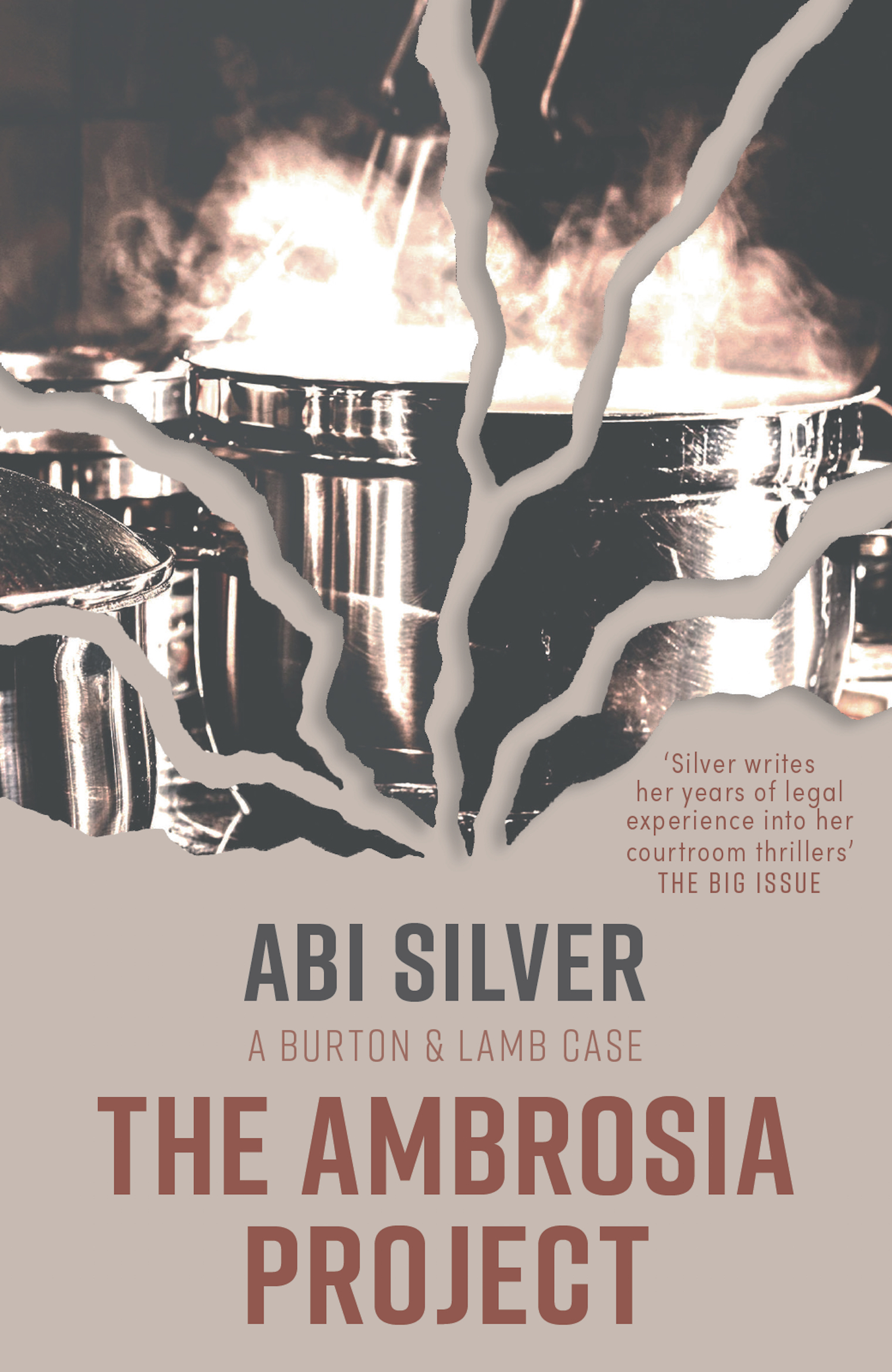