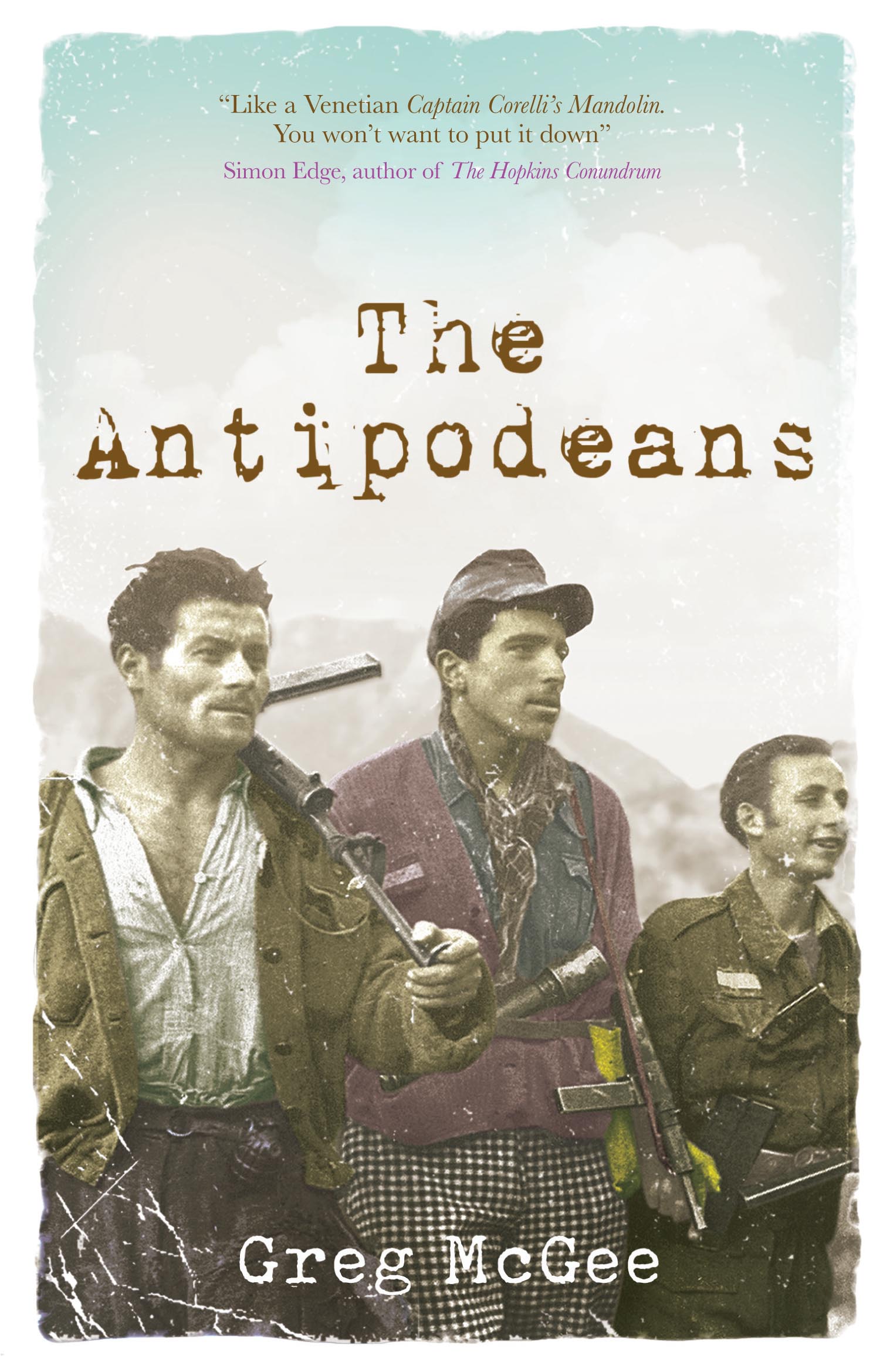 2014: Clare and her father travel to Venice from New Zealand. She is fleeing a broken marriage; he is in failing health and wants to return one last time to the place where, as a young man, he spent happy years as a rugby player and coach. While exploring the city, Clare discovers there is more to her father's motives for returning than she realised, and time may be running out for him to put old demons to rest.

1942: Joe and Harry, two Kiwi POWs in Italy, manage to escape their captors, largely due to the help of a sympathetic Italian family show shelter them on their farm. Soon they are fighting alongside the partisans in the mountains, but both men have formed a bond with Donatella, the daughter of the family – a bond that will have dramatic repercussions decades later.

The Antipodeans is a novel of epic proportions in which families from opposite ends of the earth discover a legacy of love, blood and betrayal.

He’d insisted they take a boat, an Alilaguna, so that her first view of Venice would be from the water. She’d asked whether that was wise — there was a low drizzle floating out of the early dusk at Marco Polo airport, and he was already shivering as they walked to the jetty.

‘Drizzle’s good,’ he’d said, hauling on his suitcase. She’d offered to pull it for him, told him she could easily do both, but he wouldn’t have it. Now he was labouring, as they arrived at a short gangway leading down off the jetty. ‘You’ll feel the ghosts of the place.’

That seemed so unlike him. ‘Ghosts, Dad?’

He didn’t answer. Perhaps he hadn’t heard her. He’d always been selectively deaf, even when he was well. It had been one of the things that had driven her mother mad.

As the boat-bus droned along the channel, leaving a white wake trailing in the brown water and falling darkness, they passed a couple of islets with scruffy trees hiding all but the roof-lines of industrial garages. There were boats on cradles having their bums wiped. It could have been one of the less attractive indentations of the Auckland isthmus, lacking only mudflats and mangroves.

He refused to sit. That didn’t surprise her: the osteoarthritis in his knees had given him pain throughout the long flight. He stayed on his feet, hands gripping the rail, staring out across the barely ruffled water. ‘Shallow,’ he said. ‘Treacherous.’ He pointed towards some lights out to the left, barely visible through the gloom. ‘Franco and I used to fish off Murano.’

She saw his hands were shaking. Big hands, more so recently as the flesh withered on his frame. Hands that looked as if they’d crutched lambs or milked cows or pruned vines. They mostly lied, those hands: he’d been brought up on a farm but had spent  his working life as a solicitor, a self-styled ‘paper-pushing all- rounder’ who did conveyancing, corporate, trusts, estates —  and matrimonial property, in which he was not pleased to be currently acting for his only child. She wished it wasn’t such an unholy mess. It was hard to say whether it had taken a toll on him — he wasn’t a man who allowed emotion to leak — but she’d resolved before coming with him not to let her pain show.

He was pointing to a cluster of lights on the other side, told her it was Mestre, the mainland city, then looked puzzled. ‘There used to be huge gas flares and light towers over there.’ He addressed a question to the pilot, dour and overweight, who hadn’t said a word to them or the other three passengers as he’d taken their tickets and loaded their suitcases. He seemed to have trouble understanding the question, and her father the answer, but he eventually reported that many of the installations at the mainland port, Marghera, had been closed down ‘because the pollutants were rotting her’.

Her? She’d read a lot of guff about Venice — there was an awful lot of guff about Venice — and a fair bit of it had been so purple it could have been written by a desperate real estate  11 agent. She should know. But her father’s use of the female pronoun for a collection of old stones made her wonder. He was looking away, into the darkness ahead. ‘There she is,’ he said.

Clare looked and could see nothing, still blinded by the lights of Mestre. Then she saw a wide, muted light, sitting low on the water, which became buildings, none more than four or five storeys. The boat motored straight at them, slowing slightly, but not enough, she thought, instinctively looking for the wharf where they would surely disembark. Suddenly they were among those old stones, between them, moving up what she should have known was a canal, which soon brought them to what her father told her was the Grand Canal.

He had also told her Venice wasn’t a picture postcard, and he was right: it was an illustration from a fairy tale, the unimaginably ancient and detailed facades of the palazzi, lit to show their Byzantine bones, seeming to float just above their reflection on the water. Between some of the grand houses, other smaller lanes of water led off into a gentle rose light thrown by lanterns, danced through by the drizzle. And everywhere, boats, barges, big and small, carrying all manner of people and produce.

She shouldn’t have been surprised, and yet she was. She’d imagined Venice as a kind of theme park with canals and stripe-vested straw-hatted gondoliers singing ‘O sole mio’, not a working city where the main street was water, plied by truck barges and boat-buses carrying Coca-Cola and building materials and people.

She heard her father say something in Italian, quietly, almost muttering to himself. An impeccably dressed man in a hat and coat at the rail nearby overheard and turned in surprise, clapped his hands once and said, ‘Bravo!’

‘The words of a Venetian song,’ he said. ‘O beautiful Venice, I can never leave you, you’ve made me fall in love with you.’

She was stunned into silence. She’d heard him speak Italian before, but never heard him sing a song or even quote poetry. Like most of the lawyers she’d known through him, he fancied himself as a writer. She’d seen the florid letters and e-mails they wrote to each other. But, with her father at least, the orotund wordsmithery on the page had seldom come from his mouth. In that too, he was true to his southern origins.

‘It’s pretty gorgeous, Dad,’ she said, but found herself thinking that almost anything can look good at night, particularly if you’ve got a bit of water to reflect the lights.

As the Alilaguna approached another bridge across the canal, and slowed, she could see his hands were shaking. ‘I came to hate this place,’ he said. ‘I felt trapped.’

“The Antipodeans is a gripping, skilfully constructed novel that knows more than any single novel has a right to know about the hazards of both love and war, loyalty and betrayal, Italian politics over the past eighty years and, oh yes, rugby”

“Like a Venetian Captain Corelli’s Mandolin, The Antipodeans lifts the lid on the violent, messy recent history of a part of Europe which is now a tourist mecca and tells a rich, intense story of decades-old wrongs of the heart. It does it with such humanity, you won’t want to put it down”

“A truly engrossing and superbly woven tale, The Antipodeans is a spellbinding read. Bravissimo!”

Ian Thornton, author of The Great and Calamitous Tale of Johan Thoms

“Finding out how the past has shaped and informed the present gives this enthralling book the tautness of a thriller ... Remarkable”

“A big narrative ... The plot is gaunt yet speedy; characters are complex and convincing; setting is evoked deftly”

“A big powerful, emotional novel, both love story and war story, that will stay with me for a very long time. Stunning. Seldom am I so affected and moved by a work of fiction”

“A captivating and compelling story… A quality mix of history, family bonds, secrets, loves and lies – I can see why it spent almost a year on the bestseller chart in New Zealand. I cannot recommend it highly enough”

“This is the first UK publication of the epic wartime love story that took New Zealand by storm. It’s now taking me by storm. I can’t put it down”

In an article first published in the New Zealand Listener, Greg McGee reveals the harrowing real-life story from his own family that inspired The Antipodeans. 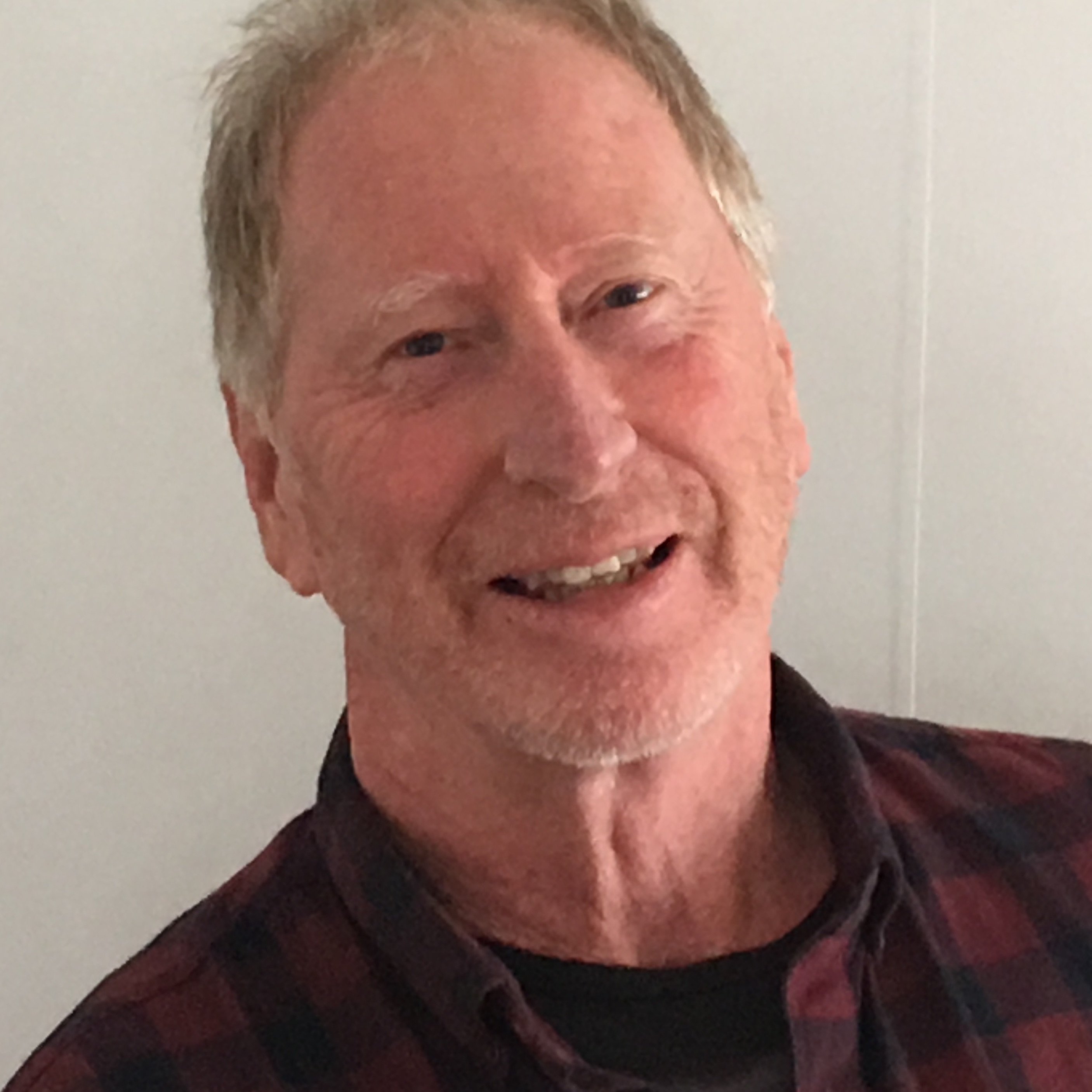 Greg's early success as a playwright launched a career as a successful writer over a wide variety of genres. His work is known for its hard-hitting observations about society in his native New Zealand.

His first play was largely written in London in the late seventies, after he abandoned a novel. Foreskin’s Lament (1980) drew on the rugby culture of the period to comment more broadly on national codes and values. The play had influence far beyond the usual realm of theatre audiences and has become a New Zealand classic.

He has written crime fiction under the pseudonym Alix Bosco, and won the 2010 Ngaio Marsh Award for Best Crime Fiction with Cut & Run.

He has also ghost-written biographies for former All Blacks captain Richie McCaw (published in the UK as The Real McCaw) and for New Zealand cricket captain, Brendon McCullum.

During his university years he played rugby to the highest level, and was a Junior All Black and twice an All Blacks trialist. These days, he plays golf and walks the dog.

His novel The Antipodeans was published in 2015 and long-listed in the 2016 Ockham New Zealand Book Awards for fiction. It spent 49 weeks in New Zealand's bestseller charts. It will be published in the UK by Lightning Books in 2018.

The Antipodeans was written during his tenure of the Katherine Mansfield Menton Literary Fellowship in 2013.