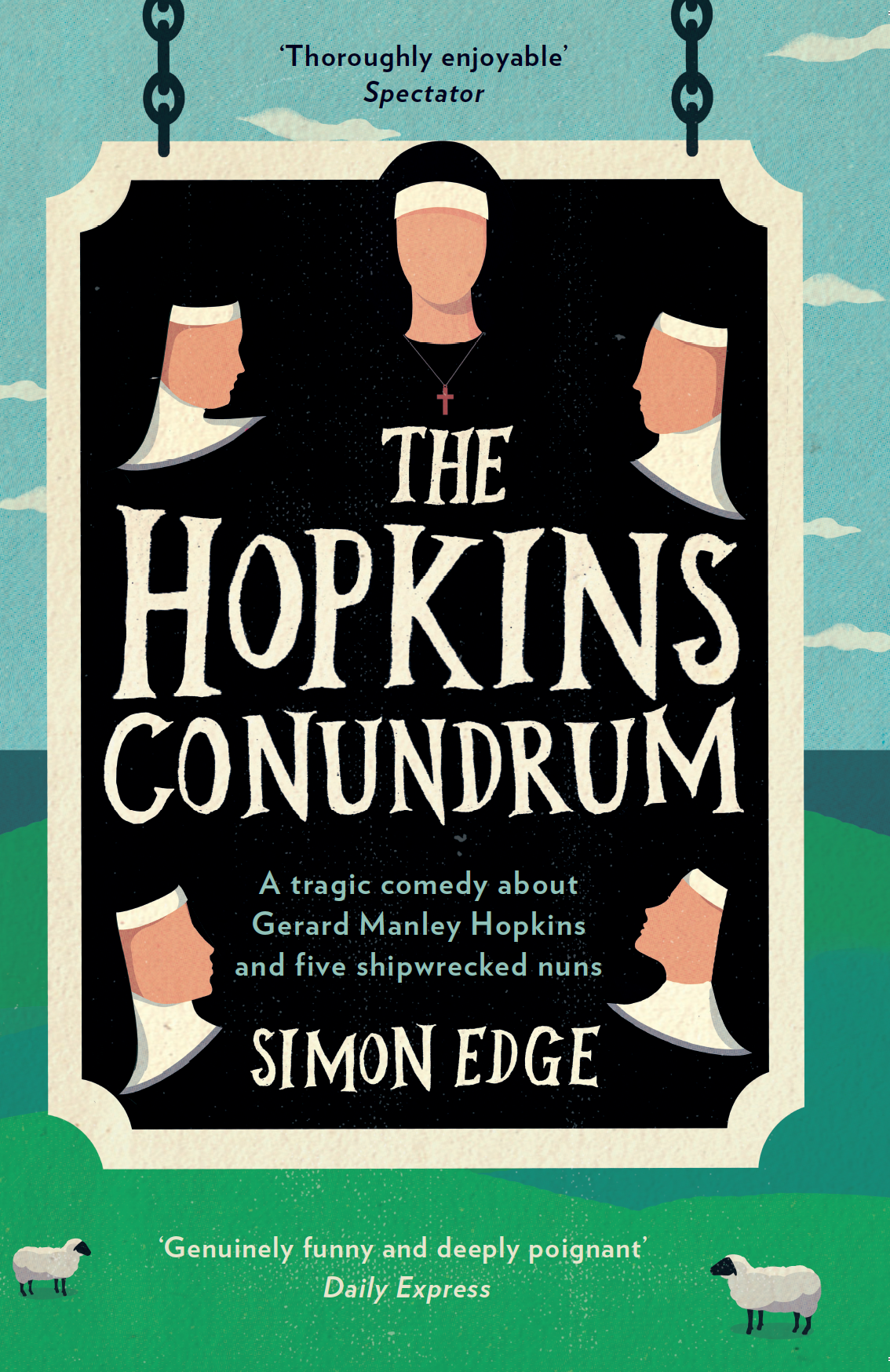 Tim Cleverley inherits a failing pub in Wales. The only thing of interest is its location, which is down the road from the remote Jesuit seminary where Victorian poet Gerard Manley Hopkins wrote his masterpiece, The Wreck of the Deutschland, about the death of a group of nuns fleeing Germany on board a doomed ship. To Tim, the opaque religious poetry is incomprehensible – almost as if it’s written in code.

This gives him an idea. Desperate for passing trade, he contacts an American author – famous as a purveyor of Holy Grail hokum – suggesting he write a book about the poet, the area and a recently discovered, and entirely fabricated, ‘mystery’. Fortunately for Tim, the famous author is going through a period of writer's block and latches on to his idea at once. But will Tim's new relationship with a genuine Hopkins fan scupper the plan? ​

The Hopkins Conundrum blends the real stories of Hopkins and the shipwrecked nuns while casting a wry eye on the Da Vinci Code industry in a highly original mix of fiction, literary biography and satirical commentary.

The Lords of the Admiralty received a telegram from Sheerness reporting that a small life-boat had washed up on Garrison Point Beach this morning, containing one man alive and two dead. From the imperfect English the survivor speaks it was ascertained that the boat was washed away from the Deutschland, of Bremen. It is supposed this vessel struck either the Galloper or Kentish Knock Sands, at the entrance of the Thames. A tug has been sent from Sheerness to search and afford aid.
‍

@barrybrook if you want to know the real secrets of the Vatican you cynical bastard think shipwrecks not geometry. Interested? More soon.

There are three narrative strands in The Hopkins Conundrum, two historical and one contemporary. In this extract from the contemporary strand, our hapless hero Tim ‘NotSo’ Cleverley conceives the crackpot idea which drives the novel and which he hopes will make him rich.

‘I love this novel. It pulls off the three-card trick of being entertaining, genuinely touching, and a fascinating insight into Gerard Manley Hopkins’ poetry’

‘A deft fusion of genuinely funny writing and deeply poignant drama bound artfully around the vividly imagined character of Gerard Manley Hopkins, who is long overdue a revival and deservedly takes centre-stage’

‘The Hopkins Conundrum is wonderfully enjoyable: a masterful mash-up of contemporary literary satire and poetic erudition which had me laughing out loud and then reaching for the collected works of a now neglected Victorian poet. Prepare to be delighted’

‘A splendid mix of literary detection, historical description and contemporary romance. Edge’s witty debunking of the Vatican conspiracy genre will appeal equally to fans and detractors of Dan Brown’

‘A fascinating interweaving of fact and fiction; Edge has cleverly told three stories that deal with some of life’s biggest questions, in a way that is both humorous and deeply touching’

‘A compelling and captivating debut’

‘The book gave me much to identify with. It becomes increasingly propulsive. Among the many things it does is to set off thoughtful writing from the kind that plays to the credulous for profit. My compliments to the author’

‘The novel seesaws between comedy and calamity, present and past. It pokes fun at pretension but also gives an insight into why a Catholic poet such as Hopkins – so weird, so spiritual and so intense – deserves his claim to greatness. The result is a novel enjoyable on every level’

‘Edge keeps things enjoyably straightforward and the result is a pleasurable literary thriller. This is thoroughly enjoyable hokum. Edge wears his Hopkins learning lightly, sprinkling the book with snippets while avoiding didacticism or handholding... it’s a merry page-turner’

‘A witty satire... By turns gripping and laugh-out-loud funny...’

‘Take a pub landlord, a Victorian poet, five nuns and a shipwreck and you have The Hopkins Conundrum – a warm, tragic and wonderfully written read... It's a remarkable debut, cleverly blending three very separate strands into a story that's at turns witty, touching and romantic. The three strands stand apart as very separate stories, but work blissfully well together, providing a constant ebb and flow of light and shade throughout. Remarkably, no strand is better than the other – all immensely different but all extremely well written and full of fantastically drawn characters’

‘A stunning new voice, Simon Edge crafts a send-up that both masters and subverts genre conventions to reveal a unique point of view and a warm, beating heart’

‘The debut novel from Simon Edge is a funny, genre-fusing page-turner. Tim Cleverley inherits a pub in Wales, the fortunes of which he plans to rescue by enlisting an American novelist to fabricate a mystery about Victorian poet Gerard Manley Hopkins. Moving between the true story of Hopkins and some shipwrecked nuns, and Tim's burgeoning romance, while casting a wry eye on the Da Vinci Code industry, this is written with verve and poise’

‘This is a hugely entertaining book that beautifully captures the characters' individual voices and characters. And if Hopkins leaves you cold, Edge's excoriating analysis is an utter delight’

‘Aside from the light-hearted satire, the story allows a deep appreciation for Hopkins... With enough nods to the complexity and foresight involved in his poetry, the book maintains a sense of literary credibility but without being bogged down with criticism and technicality to isolate those unfamiliar with the poet. Edge’s own writing has a lyrical quality to it, which fits well with the tone of the narrative... The novel is fast paced and the alternating narratives which incorporate both fact and fiction, allow for an interesting, as well as imaginative, study into how the past can still reach into the present’

‘Simon Edge’s novel offers laugh-out-loud set pieces as well as a remarkable glimpse of the poetic sensibility, a humane vision of the religious life, and a warm portrait of romance. We read it aloud, and found ourselves gripped by the different storylines and the range of characters. It is not, perhaps, a novel to take on a sea cruise. But anywhere else it is perfect – engaging, fascinating and (by turns) funny, moving and eye-opening’

‘This remarkable, upbeat book is a healthy, positive novelty to Hopkins literature and Hopkins people. It’s totally new writing but it’s completely convincing to me, and authentic… A remarkable novelty of the book is to put modern-day people into a plot with the established story of the 1875 wreck [of the Deutschland]. This appears to me completely successful and it’s a very good read indeed’

‘The novel is at its most amusing in its critique of the absurdity and the folly of the thinking behind The Da Vinci Code… Fair play to Simon Edge, he’s clearly done his homework here. This is amongst other things a novel that takes poetic composition and poetic theory very seriously, but with a very light touch… If you want something that you’ll enjoy on a beach or your holidays which won’t stretch you too much but won’t insult your intelligence, this might be the novel you’d like’

‘I have learned an awful lot from [this] book and enjoyed it as well. It is certainly not a textbook, it is a riotous read’

‘A lovely story of poems, nuns, persecution, the Welsh countryside and some romantic intrigue – it’s a delicious read with some hints into Hopkins homoerotic experiences and the poetry itself washing though the book entwined in the whirls and eddies of Edge's great prose. It’s one of those odd books which deliver more than you’d expect’

‘The Hopkins Conundrum is a mix of historical and modern romance with a refreshing added dose of irreverence toward authors who play to people's credulities for profit. It has received nothing but favorable notice so my own is just one tiny extra feather in a cap already fully fledged’

Read Simon Edge's account of the real-life wreck of the Deutschland, as featured in the Daily Express.

Read Simon Edge in The Guardian on Gerard Manley Hopkins: the poet priest who deserves a place in the gay canon.

Read about the locations of The Hopkins Conundrum in Simon Edge's TripFiction blog, North Wales in the footsteps of Gerard Manley Hopkins.

Discover more about Digby Dolben, another of the real-life characters in The Hopkins Conundrum, in an article by Simon Edge in the Northamptonshire Telegraph.

Find out more about the real characters behind The Hopkins Conundrum and the process of researching the novel at www.simon-edge.com. 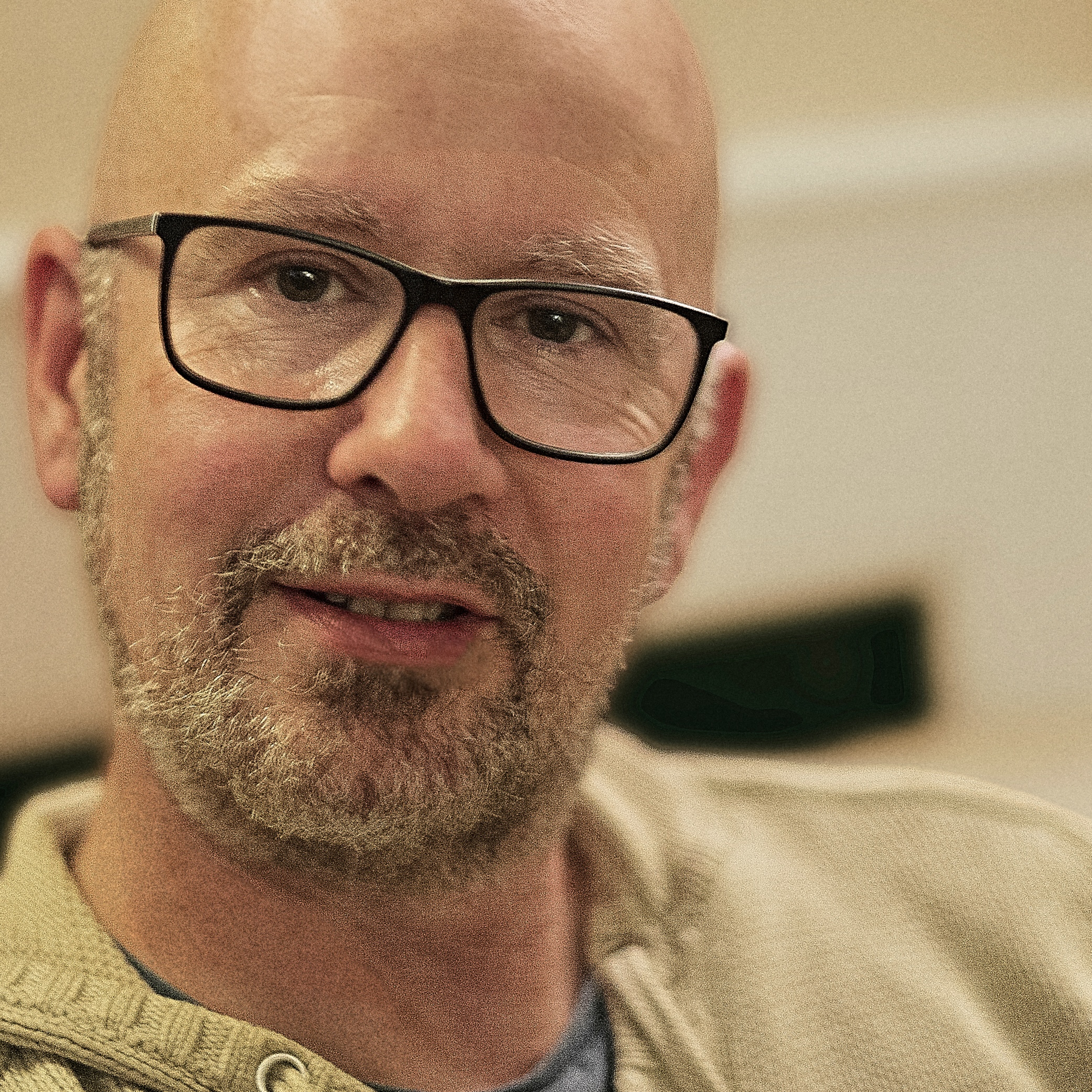 He was editor of the pioneering London paper Capital Gay before becoming a gossip columnist on the Evening Standard and then a feature writer on the Daily Express, where he was also a theatre critic for many years. He has an MA in Creative Writing from City University, London, where he also taught literary criticism. 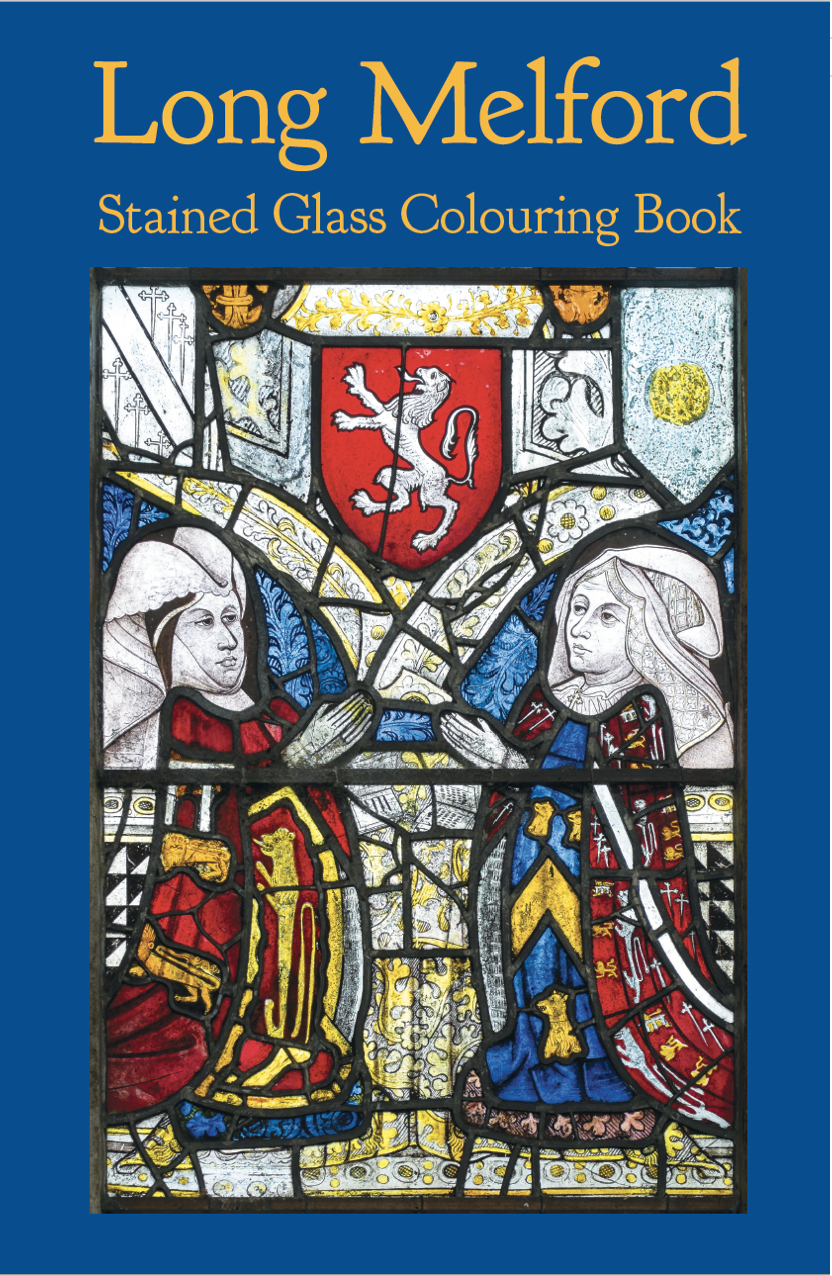 The End of the World is Flat
Simon Edge 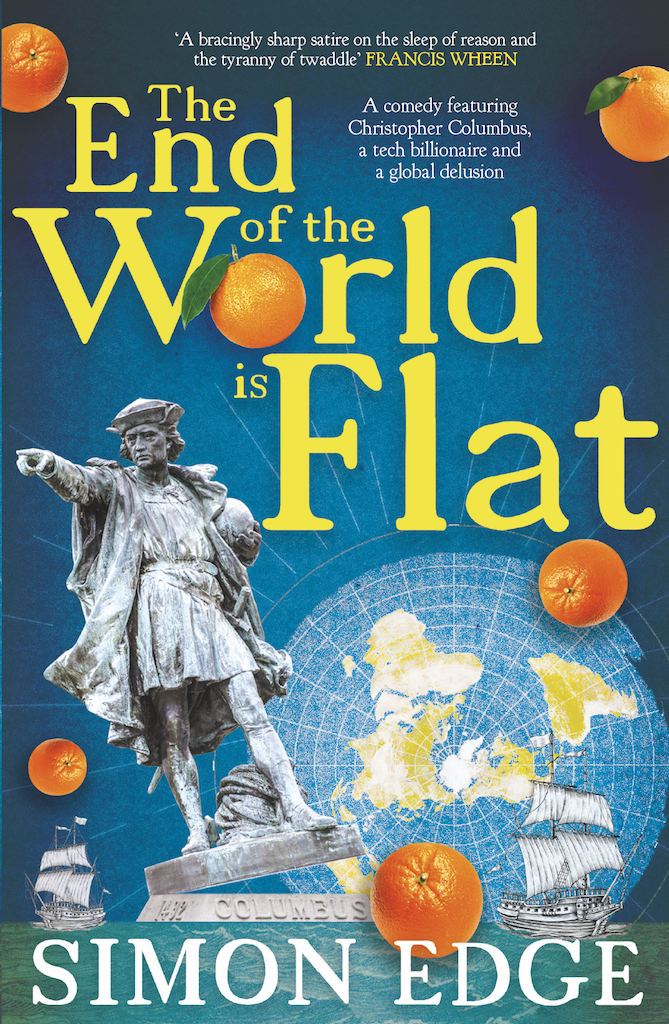