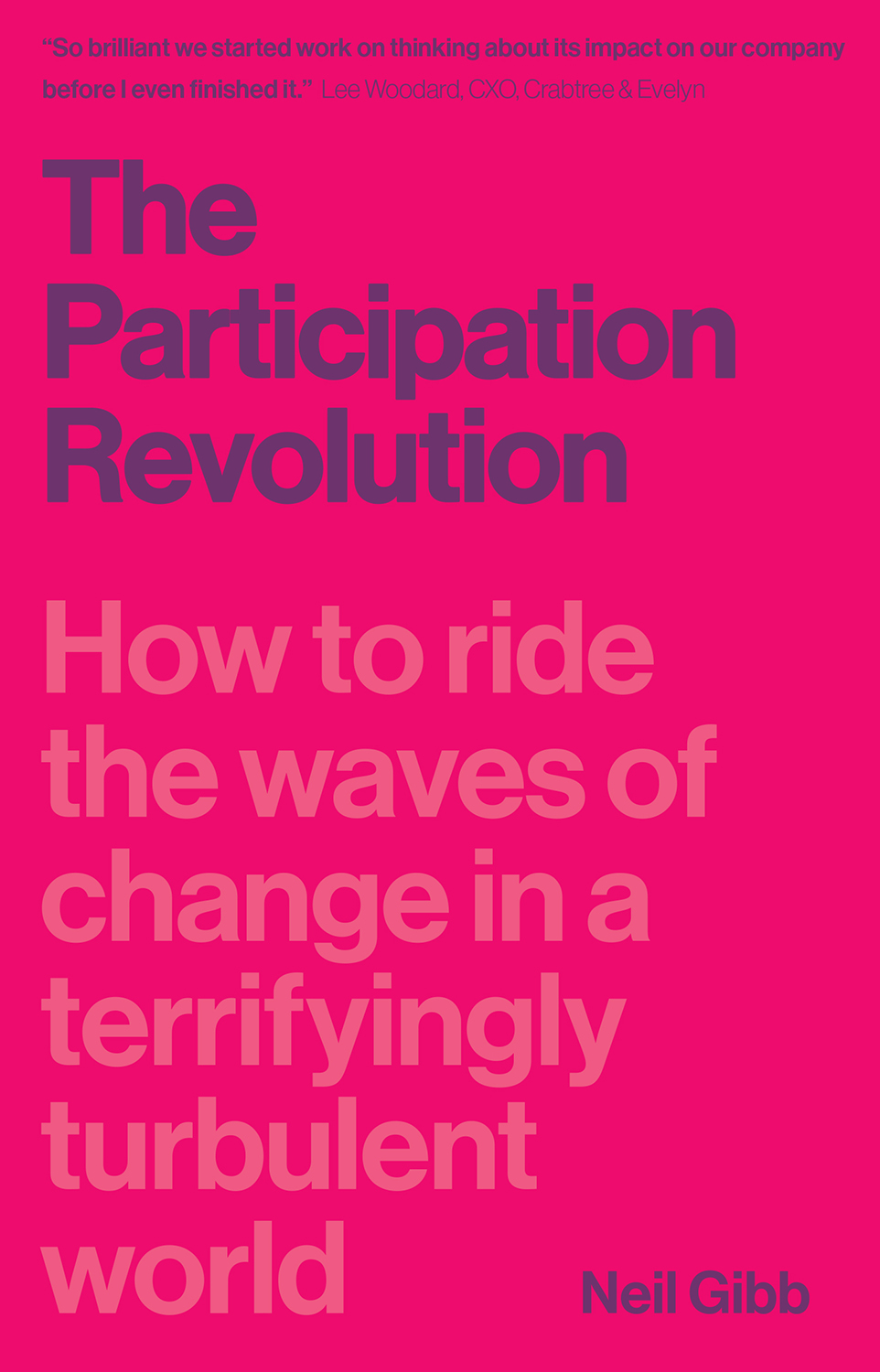 It can at times feel like everything is falling apart. And there is a reason for this. It really is.

In the next ten or twenty years, as many as seven in ten current jobs will disappear. Half of today’s corporations will no longer exist.

We can either see this as an end or a beginning. In this uplifting and essential guide to a bewildering future, Neil Gibb shows how we are witnessing the birth of a new world order, in which passive consumers are being replaced by active participants. We are at one of those rare points in human history, he argues, when a whole way of thinking is on the turn, just as it was in the Renaissance and the Industrial Revolution.

Those who catch the swell early are the ones who prosper. Those who don’t get it will be left behind.

The bright, hazy late-summer sun is beginning to dip in the sky, slanting a dark shadow across the elegant white-fronted Regency buildings that make up one of London’s chicest retailing thoroughfares.

A rare balmy summer’s day has bathed Regent Street in a dreamy, lazy ambience. On the wide pavements, the crowds have started to thin as afternoon cruises towards evening. People are meandering rather than the usual pushing and shoving.

About halfway down the west side of the street, in a patch still drenched in sunlight, there’s a very different vibe. A scrum of people is pushing to enter a store-front door. It’s a stark contrast to the relaxed feeling on the rest of the street. The expression on some of their faces is somewhere between panic and desperation.

This is the doorway to Apple’s first flagship European store. The shop has been jammed with customers since it opened two years ago, but today it is particularly frenetic—the new iPhone 3 has just been released. Inside has the air of a fire sale. Sales assistants in blue T-shirts snake through the crowd, often with two or three customers vying for their attention.

Over by the iPhone demo area, a woman in her mid-30s is looking around frantically. She has been in the store for over  half an hour, desperately trying to get the help of a sales assistant. Just as she is about to give up, and relinquish the demo model she is clutching, a thin young man emerges from the crowd, smiles, and starts to talk to her. Within minutes they are deep in conversation—she hanging on his every word, and he enthusiastically showing her how the phone works.

Across the street, things couldn’t be more different. A hundred meters up towards Oxford Circus, a blue Nokia sign, lit by the late rays of the sun, hangs over a doorway that clearly doesn’t have a scrum outside it. This is the home of Nokia’s own new concept store. At a cost of over £4 million for its elegant fit-out alone, with a state-of-the-art translucent interactive wall, and a hip-looking lounge area, it’s been designed to take the  fight to Apple. Inside, good-looking, well-groomed, and well- trained assistants are aplenty. While Apple is a one-phone  wonder, Nokia is the world’s number one mobile phone maker.  The racks in the store are resplendent with a range of cool- looking, well-designed smartphones, the top-end ones every bit  as good as the iPhone in terms of functionality. What is more, Nokia has a proven track record in mobile communications and bulletproof reliability, while Apple is the new kid on the block with a somewhat patchy record when it comes to battery reliability in its smaller devices.

This should be a winning proposition.

But the Nokia store is practically empty. While customers in the Apple Store are pleading for sales assistants’ attention, here they are acting far more consistent with the UK’s cultural  stereotype: friendly offers of help are at best met with a tight- lipped “No, thank you” and at worst by customers just marching  out of the shop empty-handed.

By the end of 2009, with Apple’s sales booming, and its stock price heading into outer space, new Apple Stores were popping  up all around the world—each time heralded by the kind of mania that used to be reserved for pop bands like the Beatles.

By 2012, Apple had displaced Exxon Mobil as the world’s most valuable company. And in China, a particularly odd thing happened: a bunch of counterfeit Apple Stores were discovered. Yes, counterfeit stores—shops designed to look like Apple Stores. Everyone, it seemed, wanted a part of Apple.

Meanwhile, Nokia was a company in crisis. In April 2012, it announced it was cutting 7,000 of its workforce, and another 2,500 jobs were slashed later in the year.

The question on every analyst’s lips was obvious: why did these two high-tech giants with equally fantastic products and reputations for innovation have such radically different fortunes?

People pointed to design, and leadership, and a whole host of other internal factors.

But they all missed a critical point.

The answer didn’t lie inside the companies, but with that young man who approached the woman customer in the Regent Street Apple Store and started to help her with her phone. He wasn’t an Apple sales assistant or employee—he was just a kid off the street; another shopper.

Why was it that in the Nokia store, where there were great products, free coffee, loads of space, and plenty of attentive sales assistants, customers were running out of the shop without a new phone, while in the crowded Apple Store other shoppers were actually prepared to help one another out?

In answering this question, we not only find what it takes to build successful businesses in the emerging new-world economic order, we actually have the answer to what it is going to take to successfully rebuild our societies in the networked age.

“The Participation Revolution provides a rich and topical narrative for the changes that we sense in the world around us but may not yet have been able to verbalise. Neil Gibb’s insights offer a useful framework for anyone – individual or organisation – seeking to adapt to a fast-changing landscape.”

The Renaissance and the Industrial Revolution saw great change but also massive disruption, says Neil Gibb, talking to the Colchester Gazette. “This is what's happening now, all driven by the new advances in technology, so people shouldn't really panic.”

Watch a four-minute film that Neil made to introduce The Participation Revolution. 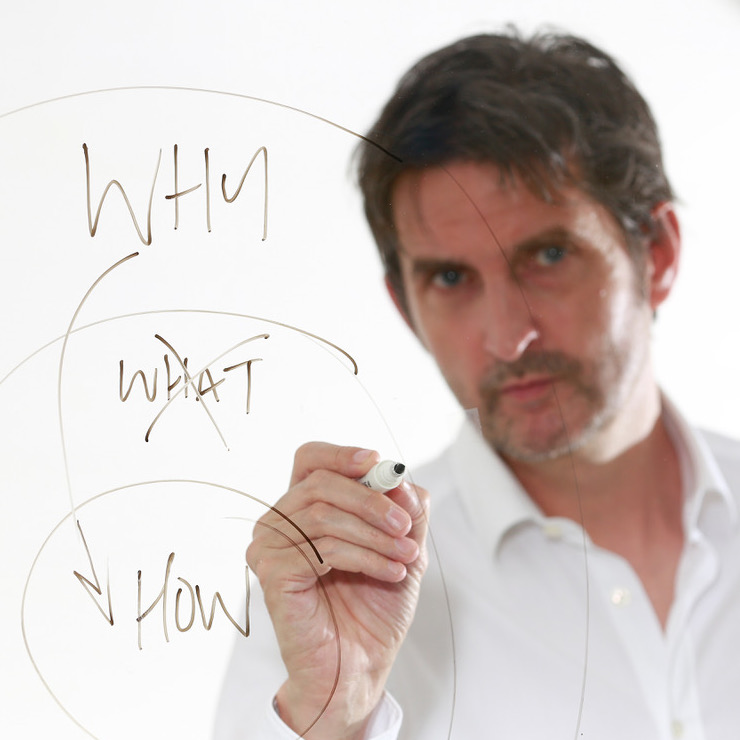 Neil Gibb has always been in the business of transformation, one way or another. He works as a business consultant, enterprise designer and coach. He co-developed the module on social innovation in a digital world as part of Cambridge University’s Master’s degree in Social Innovation.

Over the past ten years he has become a thought leader on the structural changes in our society which are being driven by new thinking and technology. His aim is to share thoughts and tools on how to build successful enterprises and authentic lives in the emerging economic and social landscape. He described his 2019 TEDx talk – entitled The Life and Death of Everything Now – as being in a permanent beta state as things are changing so fast.

A decade in the writing, and based on research and experience across five continents, The Participation Revolution begins with a quote from the mindfulness guru Jon Kabat-Zinn, ‘You can’t stop the waves, but you can learn to surf.’ Neil believes this captures the essence of his philosophy.