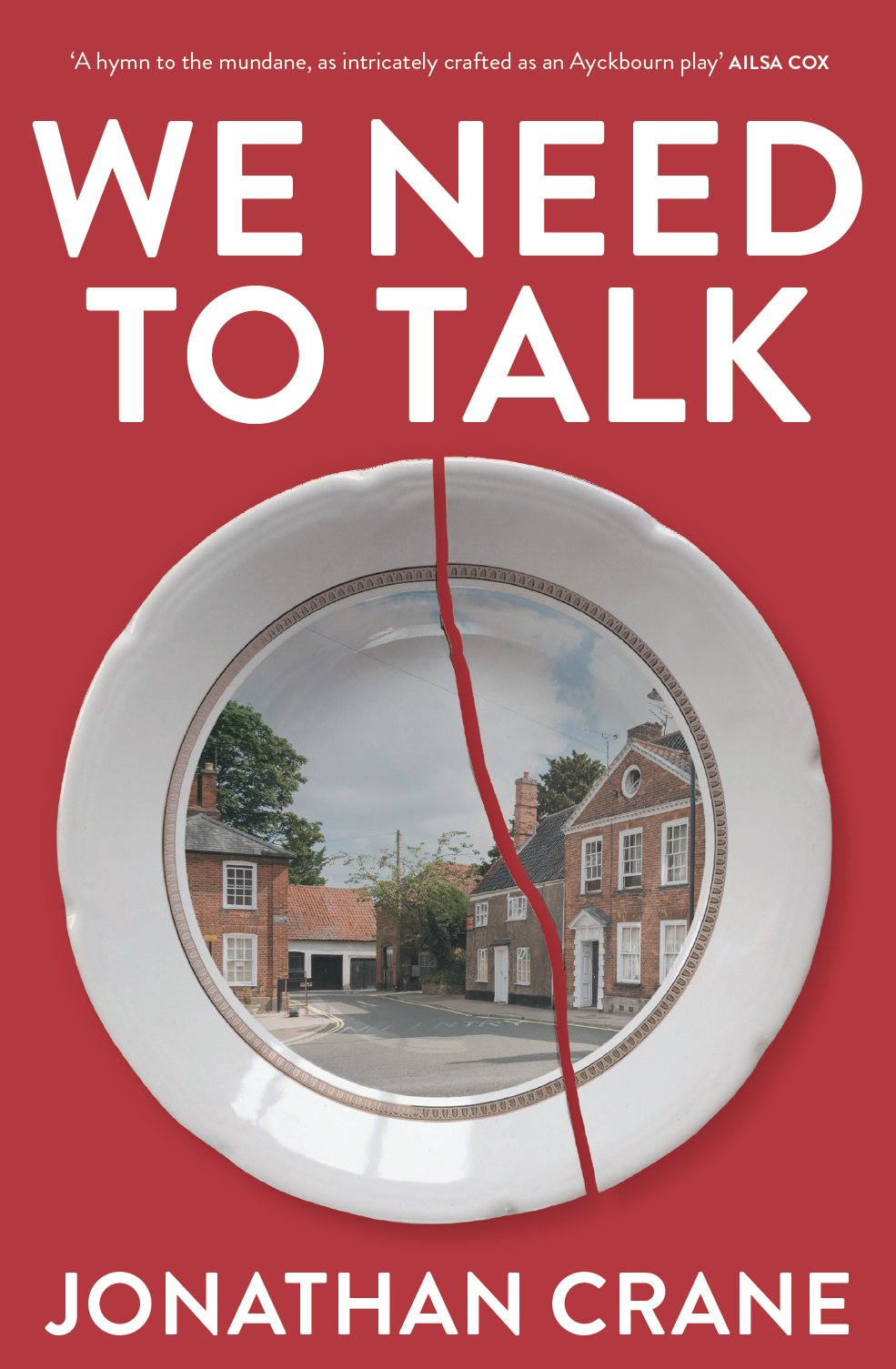 We Need to Talk

‘As intricately crafted as an Ayckbourn play’ Ailsa Cox

It’s 2019 in Sudleigh, a market town not far from the south coast. It’s not a bad place to live, provided the new housing development doesn’t ruin it, but most residents are too caught up in their own grudges, sores and struggles to notice.

Gap-year Tom is cleaning toilets but finding unexpected solace in his Chinese house-share. Former lounge musician Frank wants to pass his carpet business to his nephew Josh, killing the boy’s dream to become a chef. Sharp-elbowed phone-sex operator Heather will stop at nothing to become manager of the golf club. Miss Bennett keeps putting her house on the market when she doesn’t want to move.

Do they all know how their lives are linked? And will creative writing tutor Tony, hard at work on his ironic pseudo-children’s book The Jazz Cats, ever pluck up the courage to leave his unappreciative girlfriend Lydia?

Meticulously observed, with flashes of wicked comedy, We Need to Talk offers a jigsaw puzzle of unwitting connections for the reader to assemble. The finished picture is an unflinchingly honest portrait of multi-jobbing, gig-economy Middle England on the eve of Covid.

‘…what about the dormice?’

Martin pulled at the dark hairs on the back of his hand.

‘And what’s Bridget going to do about it?’ Phil asked, forcefully prodding the table.

Martin glanced across at him. ‘I’m not sure what she can do.’

‘She’s the District Councillor, Martin,’ Phil scoffed. ‘Surely she has some say.’

‘We should write a letter to the Sudleigh Gazette,’ Clive stated.

Lydia raised an eyebrow and sipped her Pinot Noir.

‘We just want as many people as possible to post objections online,’ Martin said.

‘What about a leaflet drop?’ Phil rubbed his paunch.

‘And we need to demolish them at the planning committee,’ Phil advised.

‘I think Martin should do it,’ Clive said. ‘You’re good at that sort of thing.’

‘I really don’t think…’ Martin gripped the edge of the table.

‘Show of hands everyone?’ Jacqui hinged forward, scanned the faces.

‘Look, I’d rather not get…’ Martin complained.

‘All those in favour of Martin presenting the argument?’ Jacqui proposed.

‘So that’s decided then,’ Hugh said, reaching for his glass.

It was freezing hard now, the pavement glittered with frost. He walked slowly homeward; he only lived a few doors away. Beside him tall hedges rose up, screening the set-back houses. The sharp air carried the musty tang of coal smoke. This was his road; it was where he’d put down roots, brought up a family. He stared ahead; two hundred yards further on, the road veered off at a right angle and the streetlights ceased. There was darkness beyond, where the fields took over from the town and rolled up the black hillside. No, they had to fight this development; it would change everything.

‘A brilliant first novel, extraordinary because it’s a hymn to the mundane, as intricately crafted as an Ayckbourn play. Crane’s special gift is to take you deep inside the psyche of suburban England at a time of incremental change. These estate agents and shopkeepers, careworkers and jobbing musicians are people you care about long after you reach the last page’

‘Jonathan Crane exposes the new heart of England with interwoven lives placed under the modern pressures that are blasting us into bits. A beautifully paced, gossipy, moving novel about a divided nation drifting out of touch with itself’

‘Crane’s shrewd and witty observations of human foibles, hopes and self-delusions in fictional Sudleigh, the quintessence of middle England, capture a Larkinesque type of desolation, as well as unexpected moments of tenderness and elation’

‘Crane perfectly encapsulates the suffocation and claustrophobia of a woefully average English town. Each story is rich with the everyday – nothing is unusual or out of the ordinary, and that’s what makes We Need to Talk so enjoyable’

‘Paints a picture of Middle England on the eve of the coronavirus pandemic, told through a series of wonderful, unexpected characters and their interconnected lives. It’s a very rewarding read’

‘A series of small and tall tales of people who are all entwined, with some glorious moments as well as some very touching ones. I really enjoyed having a peek behind the curtain at all these amazing characters. Jonathan Crane is a wonderful writer’

‘Crane has a knack of capturing the prosaic everyday with humour and compassion. There’s much to enjoy in this quintessentially English novel which left me wondering how these characters would cope with the pandemic’

‘If like me you enjoy eavesdropping on other people’s conversations, you’ll love We Need to Talk. Brilliant observation of every-day life, encompassing loneliness, job dissatisfaction, selfishness…it had me completely engrossed all the way through. Great big glowing five stars’

‘A beautiful book about mundane everyday life. Each of the characters and their stories is a fully developed short story that fits into a coherent whole. This is such a clever read’

‍‘I enjoyed this book so much I actually read it twice. I just didn’t feel I appreciated the brilliantly written cameos of the lives, loves, sorrows and aspirations of this group of people the first time around’

‘A very clever and intricately woven story that never seems disjointed, despite the large number of characters. Crane has an uncanny insight into emotions and relationships’

‘Fragments of a life wryly observed and then layered like an Victoria sponge, each bite offering a taste of life as observed by its inhabitants. Reflective, earnest and often funny. Brief, necessarily so, and very modern’

‘For a decade I moved around from town to town, itinerant and rootless. I lived in countless house-shares, in backpackers' hostels; I worked more bad jobs than I care to remember, in pubs, clubs, warehouses, offices, gardens. I was seeing life, and society, from different angles, meeting people who confounded my expectations, who found their own ways of negotiating life, and who carried on through difficult times.’ Jonathan Crane writes for Book Brunch about his inspiration for We Need to Talk.

Jonathan Crane talks to Georgina Godwin at Monocle Reads about the inspiration for We Need to Talk and how much a writer needs formal teaching.

‘Jonathan writes for The London Magazine about the deeply personal inspiration for We Need to Talk. 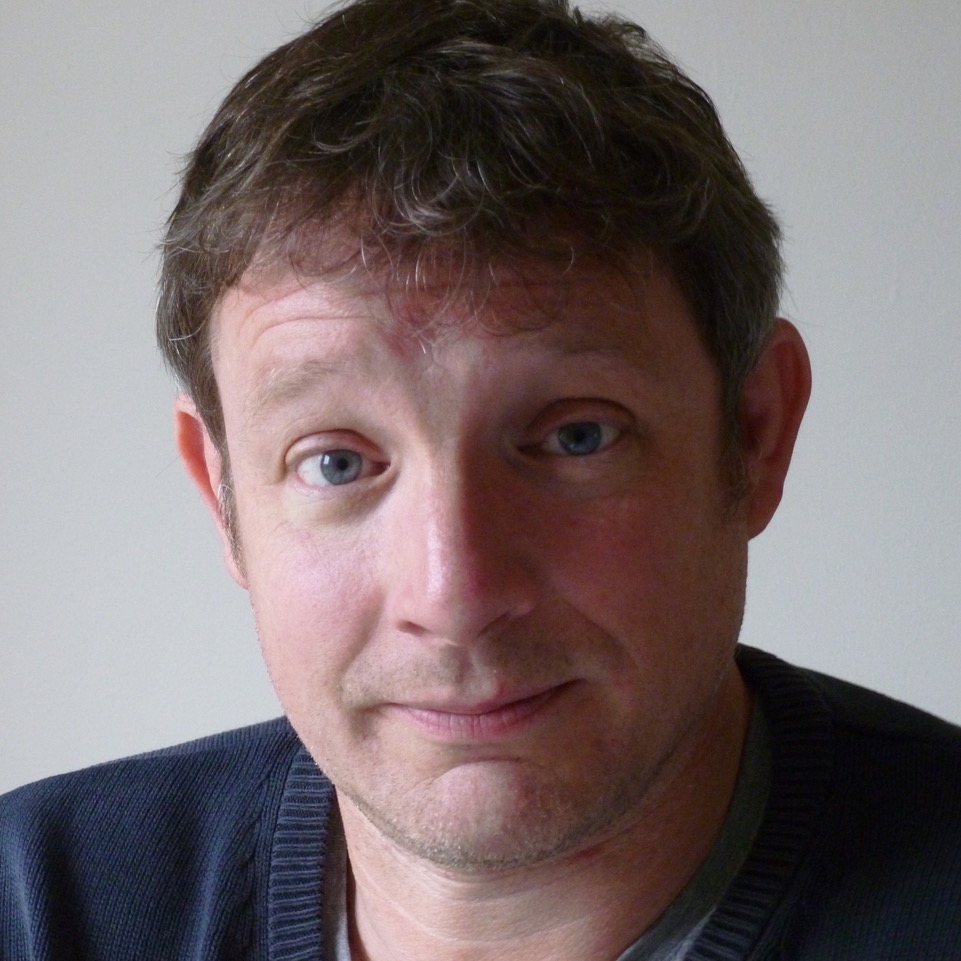 Jonathan Crane completed an MA Literature and a PhD in Creative Writing at the University of Essex, where he is now an academic in Creative Writing. He also works with charities to design and deliver writing programmes in prison and community settings.

His previous writing includes fiction and academic papers. Formerly a musician/composer, he has released two albums. We Need to Talk is his first novel.

He currently lives in Hampshire.