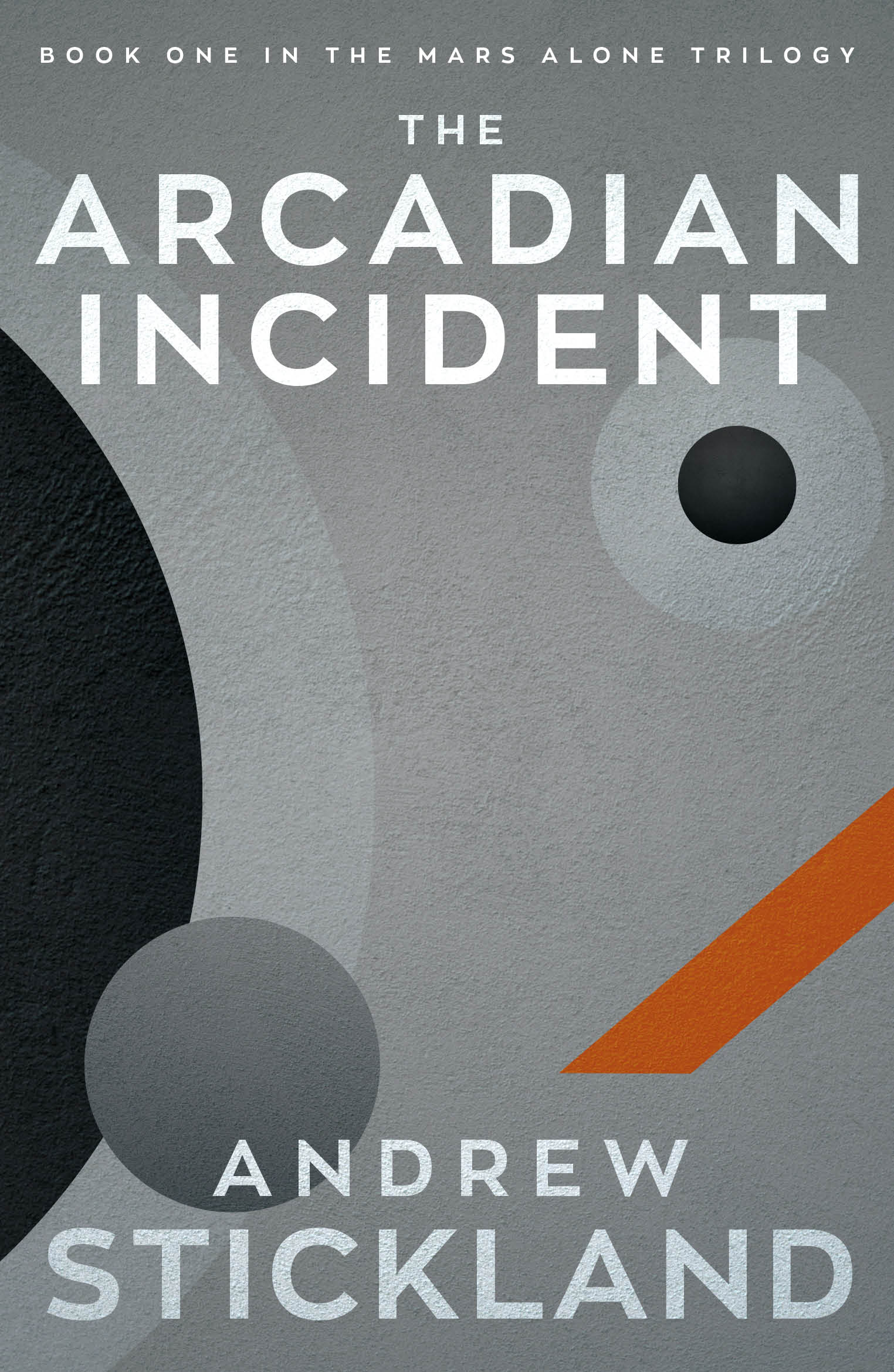 Book One in the Mars Alone Trilogy

It’s 2312 and Leo Fischer is a fifteen-year-old computer whizz on his first ever journey off Earth. He’s heading to the moon colony to help his mother Lillian with her scientific work. But before he can reach her, she is kidnapped.

Determined to find and rescue her, Leo has no choice but to accept the help of his newest friend, Skater Monroe, the daughter of a shuttle pilot and already an experienced space traveller.

Dodging space pirates as well as a ruthless assassin in the pay of the soon-to-be president of Mars, they stumble upon a secret that could lead to all-out war in the solar system.

The first instalment of Andrew Stickland’s Mars Alone Trilogy is a gravity-defying thrill-ride into the human race’s all-too-believable future in space.

It was night. And on Luna, the night lasted for fifteen days.

On the far side, away from the prying eyes of Earth, the temperature had dropped to minus 150 degrees Centigrade and the four figures bounding their way across the regolith-dusted craters of the Korolev Highlands were already beginning to feel the cold. Their environment suits were thin, flexible, designed for short-duration work, and the internal heating systems were already struggling. Another hour would see the air tanks and power cells begin to run dry and at that point, the journey would very quickly become very unpleasant.

It was night. And on Luna, the night lasted for fifteen days.

On the far side, away from the prying eyes of Earth, the temperature had dropped to minus 150 degrees Centigrade and the four figures bounding their way across the regolith-dusted craters of the Korolev Highlands were already beginning to feel the cold. Their environment suits were thin, flexible, designed for short-duration work, and the internal heating systems were already struggling. Another hour would see the air tanks and power cells begin to run dry and at that point, the journey would very quickly become very unpleasant.

But there was no need for worry. At the lip of the next crater the group’s destination came into view, nestled in the centre of the depression and no more than half a kilometre ahead. They paused and their leader scanned the distant structures. It was a standard-construct field camp, with a pair of expanded kevlar domes linked together at its centre. A small rover and a larger transport were backed up against the airlock of one of the domes, and off to one side was a third, smaller dome linked to a communications array. Two plasmalights set on masts at either side of the site bathed the whole area in a ghostly blue-white glow.

The four figures continued down the slope, taking long, bounding strides that allowed them to cover the distance in no more than five minutes. At the edge of the camp the leader indicated for one of his men to search the communications dome. The man drew a pistol from his holster, but the leader clamped a hand around the weapon and shook his head.

Meanwhile, one of the others set about opening the airlock door on the nearer dome, overriding its electronic locking mechanism with the microputer attached to the back of his glove. The three men squeezed themselves into the compartment, resealed the outer door, and waited while clean air was pumped in. When the process was complete and the inner door opened, they stepped cautiously into the first of the linked domes.

It was smaller on the inside, its metallic skeleton creating a room no more than three metres wide and six or seven metres long. It appeared to be part research lab and part repair shop. A makeshift table in the centre was strewn with twisted pieces of metal and broken-down electronic components. The rest of the space was taken up with tiny workstations, each crammed with stacks of equipment, monitor screens and endless trailing wires and cables.

Only one workstation was occupied. A young woman sat staring at her monitor as column after column of numbers scrolled slowly down the screen. With her back to the airlock, she was oblivious to the intruders until one of them shoved her on the shoulder. She turned, saw the looming figure and screamed, stumbling away and tugging out the ear buds that had prevented her from hearing the airlock activation alarm.

‘Sam!’ she yelled, edging back towards the end wall. ‘Sam! Get in here, quick!’

The far door slid open and a young man stumbled through, rubbing his eyes sleepily. When he saw the black-clad newcomers and their weapons he hesitated, then rushed forward to try and protect the terrified woman. She grabbed his arm, squeezed herself behind him and tried to drag him back towards the door, but already another of the intruders had cut off their escape.

‘Who the bloody hell are you?’ the young man stammered.

The group’s leader stepped forward. He was a giant of a man, broad and muscular, but without the awkwardness that often comes with such a build. He moved easily, even in the low Lunar gravity, and towered over the frightened figures, gazing at them from behind his dark visor.

‘Who…’ the young man began again, but the tall figure raised his hand and cut him off. Slowly, he reached up, unsealed his helmet and removed it.

‘Where is the professor?’ he asked. For such a large man his voice was strangely quiet. Quiet, but not soft. It was a harsh, grating whisper, more like the growl of a hungry beast than the voice of a man, and the reason for it was clear – a thick scar that began somewhere behind the dark glasses he wore even inside his helmet, and continued down his right cheek before twisting awkwardly across his throat and disappearing beneath his collar.

‘Where is the professor?’ he asked again.

‘She’s right here,’ came a new voice from the doorway, as a woman came storming into the room. She pushed her way past the others and placed herself directly in front of the giant, hands on her hips and a scowl on her face. He recognised her from the files he’d studied. An unremarkable woman, at least physically; early fifties, medium height, brown hair losing its colour, olive skin the same.

‘How dare you barge in here like this, terrifying my staff and dragging me out of bed in the middle of the night? Who the hell are you, and what the hell are you doing in my camp?’

She was a thin woman, her features drawn, the skin tight across her cheeks. But she was not frail. It was anger the man could see in her eyes, not weakness, not fear. He would have to change that.

‘Who are they?’ he asked, indicating the two people behind her. ‘Students?’

‘My research assistants,’ she snapped back. ‘Now I’ll ask you again. Who are you, and what are you doing in my camp?’

‘Collect me? What are you talking about, collect me? The plan is for us to be out here for six more weeks, not pack up and come home now. I haven’t had time to do half the things I have planned yet, and I have absolutely no intention of going anywhere, with you, or with anyone else for that matter, until I’m good and ready to go.’

Mr Archer drew a huge knife from a sheath attached to the back of his suit. One edge was smooth and sharp, the other jagged-toothed, like a saw. He held it casually by his side. ‘It is not a request.’

The professor took an involuntary step backwards but then checked herself, took a deep breath and forced her gaze away from the huge blade and back towards the man’s scarred face. Slowly she shook her head. ‘If you’re here to collect me, then it’s because you want me to do something for you, yes? You have something particular in mind. So I don’t think you have any intention of actually using that knife, do you? It’s there for intimidation. And I am not easily intimidated, Mr Archer. So why not put it away and we can talk about this like civilised people? I’m assuming here that you are actually a civilised man, Mr Archer?’

Mr Archer grunted. ‘Nice speech. Now listen to mine.’ He stepped forward and leant down so his face was directly above the professor’s. ‘Yes,’ he hissed. ‘I need you for something. And you are right, I will not be using the knife on you.’ He brought the weapon up and let the sharp point hover between them, no more than an inch or so from her face. ‘But I am not so concerned for your…’ he glanced behind her briefly, ‘…research assistants. They will accompany us. And the first time you refuse to do exactly what I tell you to do, I will take one of them, I will slice them open from throat to groin and I will gut them like some helpless animal. And I will make you watch as they bleed slowly and painfully to death in front of you. Because no, Professor, I am not a civilised man. Do you understand?’

The woman nodded quickly, and Mr Archer was pleased to see that the fear was now firmly in control. ‘Good,’ he continued. ‘So go and put on your E-suit. You work for me now, Professor Fischer.’

‘Consummate storytelling that speeds along as smoothly as an interplanetary spaceship. Andrew Stickland creates a rocket-roaring space adventure with satisfyingly grounded science, full of 300 years-from-now invention, but recognisable as the world – or rather worlds – that Elon Musk envisions. Brilliant!’

‘An immersive adventure that transports the reader to space – and to new worlds that we can only imagine, but our descendants may well even experience. If you like science fiction with strong characterisation and a political edge, this is for you’ 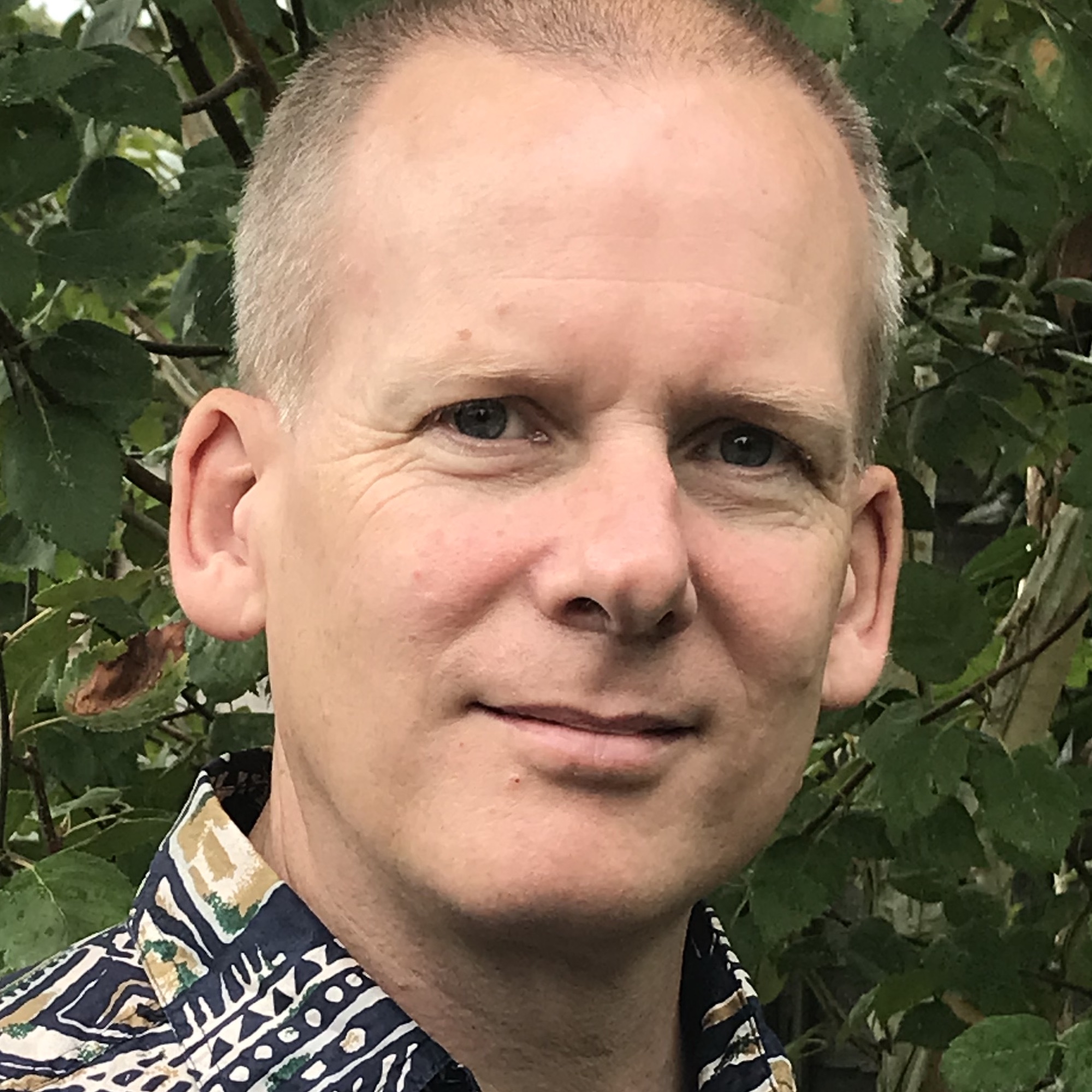 Andrew Stickland is a prize-winning poet and short-story writer whose work has appeared in numerous publications in the UK, US, Ireland and also in Finland, where he studied creative writing at the University of Jyväskylä.

He wrote a series of articles on chance, correlation and averages which were used by BBC Radio 4’s More or Less. Other work has been published by the British Fantasy Society, the Royal Statistical Society, Games Workshop, the Diplomatic Group and The Economist.

His young adult series The Mars Alone Trilogy carefully adheres to the laws of physics: there is no faster-than-light travel, no gravity on board spaceships, no aliens. It is the world we know today, only 300 years further down the line. He lives in Cambridge.