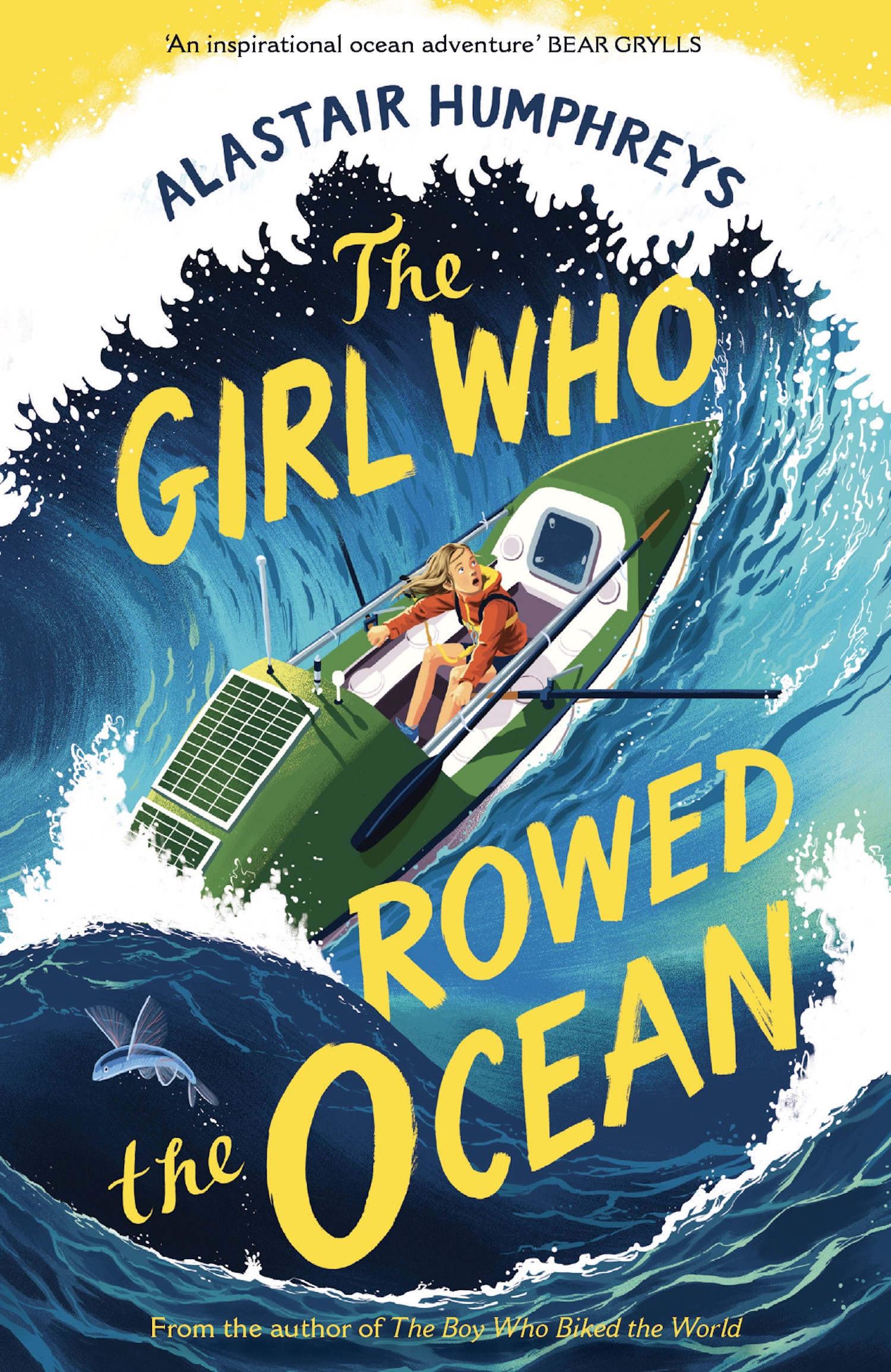 The Girl Who Rowed the Ocean

Lucy wants to explore the world, and do something daring and difficult. But people laugh at her when she hatches a plan to row across the Atlantic Ocean.

So her family rallies round to help prepare for the journey, loading her boat with supplies for 3,000 miles of rowing. Her school friends follow her from afar, learning about the ocean, its wildlife and pollution.

Alone at sea, Lucy faces seasickness, storms and a very sore bottom, not to mention close encounters with ships and a humpback whale. Yet there are also the joys of wandering seabirds, shooting stars and magical sunsets, as she finds she is capable of more than she ever imagined.

Step aboard and join Lucy on her life-changing adventure to become the girl who rowed the ocean.

Lucy was bored. Rain ran down the windows like a thousand rivers rushing to the sea. Every game that she and her brother began ended with someone storming off in a huff. Whisper this quietly, but Lucy and Tom were almost looking forward to going to school the next day.

Lucy was bored. Rain ran down the windows like a thousand rivers rushing to the sea. Every game that she and her brother began ended with someone storming off in a huff. Whisper this quietly, but Lucy and Tom were almost looking forward to going to school the next day.

Meanwhile, in the kitchen, Dad was peeling carrots. He winced at the muffled shouting from the next room and turned up the volume on the radio. He was peeling carrots, but really he was trying to listen to the cricket and ignore his noisy children. He sighed and reached for another carrot.

The fighting and yelling in the living room grew louder and louder. Lucy and Tom could only agree on one thing: arguing. Lucy was extremely good at it, but her older brother could match her. She went out of her way to annoy Tom, and succeeded every time. Then Tom looked for new ways to pick fights with his sister. He was equally successful.

Their faces were screwed up in anger over who was cheating and who was winning. Lucy slapped the board game across the floor in a flurry of rage. At that very instant, the kitchen door burst open.

‘Will you two please stop arguing!’ shouted Dad over the din.

Dad knew a hopeless mission when he saw one, so he shook his head in defeat, retreated to the kitchen, and stuck a carrot in each ear to block out the noise.

Lucy and Tom marched off to their bedrooms, slamming the doors behind them.

Lucy threw herself on the bed and buried her face in her pillow.

‘Arggggghhhhhh!’ she howled in frustration.

But shouting into a pillow was not very satisfying, and she soon realised she’d forgotten why they’d been arguing. She rolled over, looked up at the ceiling and sighed.

‘I’m bored,’ Lucy said to herself. That was the real problem.

‘And going crazy by talking to yourself,’ she replied.

She smiled and asked herself, ‘How can I make my life more exciting?’

She rummaged for a notebook and pen among the piles of clothes, toys and books on the floor. Then she started writing ideas.

- Live on a tropical island.

Lucy chewed her pen and looked at the list. A life of loud music, late nights and loads of parties sounded epic. But she couldn’t play the guitar and had to admit she wasn’t quite rock star-ready. Most of her classmates dreamed of being a celebrity or going viral. But what did celebrities actually do all day? She had no idea.

‘What about a tropical island?’ she wondered. ‘Warm sunshine and miles away from Tom…’

Rain pattered on the window and made the idea of relaxing under a palm tree and sipping from a coconut extra appealing.

Lucy thought a little more. She would love to visit one, but she didn’t know how to get to a tropical island. What would she do all day, except go swimming? Might it even be a bit boring? Also, even though her family was irritating her today, she didn’t want to live without them forever. And who’d cook her tea?

She’d never admit this, but Lucy knew life at home was easy. She did, of course, roll her eyes whenever she was asked to put her dirty socks in the washing basket, rather than just dropping them on the floor for some magic fairy to deal with. For added effect, she occasionally threw in a grumpy, ‘Why do I have to do everything?!’

But she appreciated that her parents helped her a lot, and even Tom was usually fun to hang out with. She needed a better idea.

Her eyes scanned the room until she noticed the world map on the wall. She liked looking at it and wondering what life was like for kids in other countries. What did their bedrooms look like? What did they eat for school dinners? What were all the wild places like?

‘Aha!’ exclaimed Lucy, adding another item to her list.

- Live on a tropical island.

- Go on an adventure!

She could have a big adventure like Tom had already done. Why should he have all the fun? The idea made her do a little bounce of excitement on the bed. But what sort of adventure?

Once again, Lucy looked around for inspiration. Even she had to admit that her room was a total mess. But then she spotted her school bag and, with a sinking feeling, remembered she hadn’t done her homework. She groaned, rolled over and unzipped the bag. She’d better not risk the old ‘dog ate my homework’ dodge again this week. Adventure would have to wait.

‘Lucy’s epic voyage brought back happy memories of my own ocean crossings. It’s a realistic and inspiring tale of adventure at sea’

‘Rowing the Atlantic and caring for our wild places are very close to my heart. Well done, Lucy!’

‘Alastair Humphreys’ writing style is warm and engaging. I wanted to keep reading, staying with Lucy through every moment of her adventure. I’m sure my own 12-year-old adventurers will really enjoy this exciting and inspirational story’ 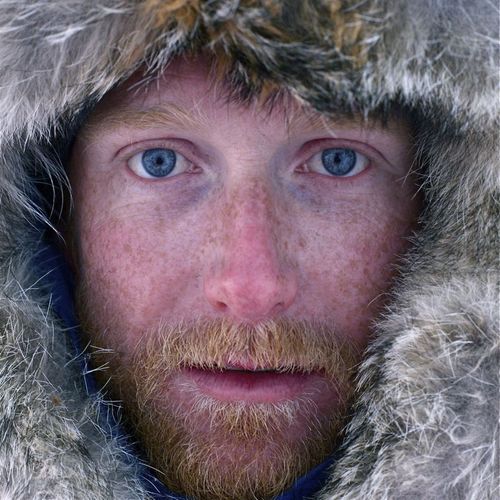 Alastair Humphreys is a National Geographic Adventurer of the Year. He has cycled around the world, rowed the Atlantic Ocean and walked a lap of the M25 – one of his pioneering microadventures.

He is the best-selling author of 14 books, including Great Adventurers, which won the Stanford’s Children’s Travel Book of the Year and the Teach Primary Award for Non-Fiction.

He has written eight books for Eye including the best-selling The Boy Who Biked the World trilogy, a series of novels for 9–12-year-olds based on the real-life adventures he recounted in Moods of Future Joys, Thunder and Sunshine and Ten Lessons from the Road. His more recent The Girl Who Rowed the Ocean is a similarly novelised version of his transatlantic crossing.

He is a qualified teacher. 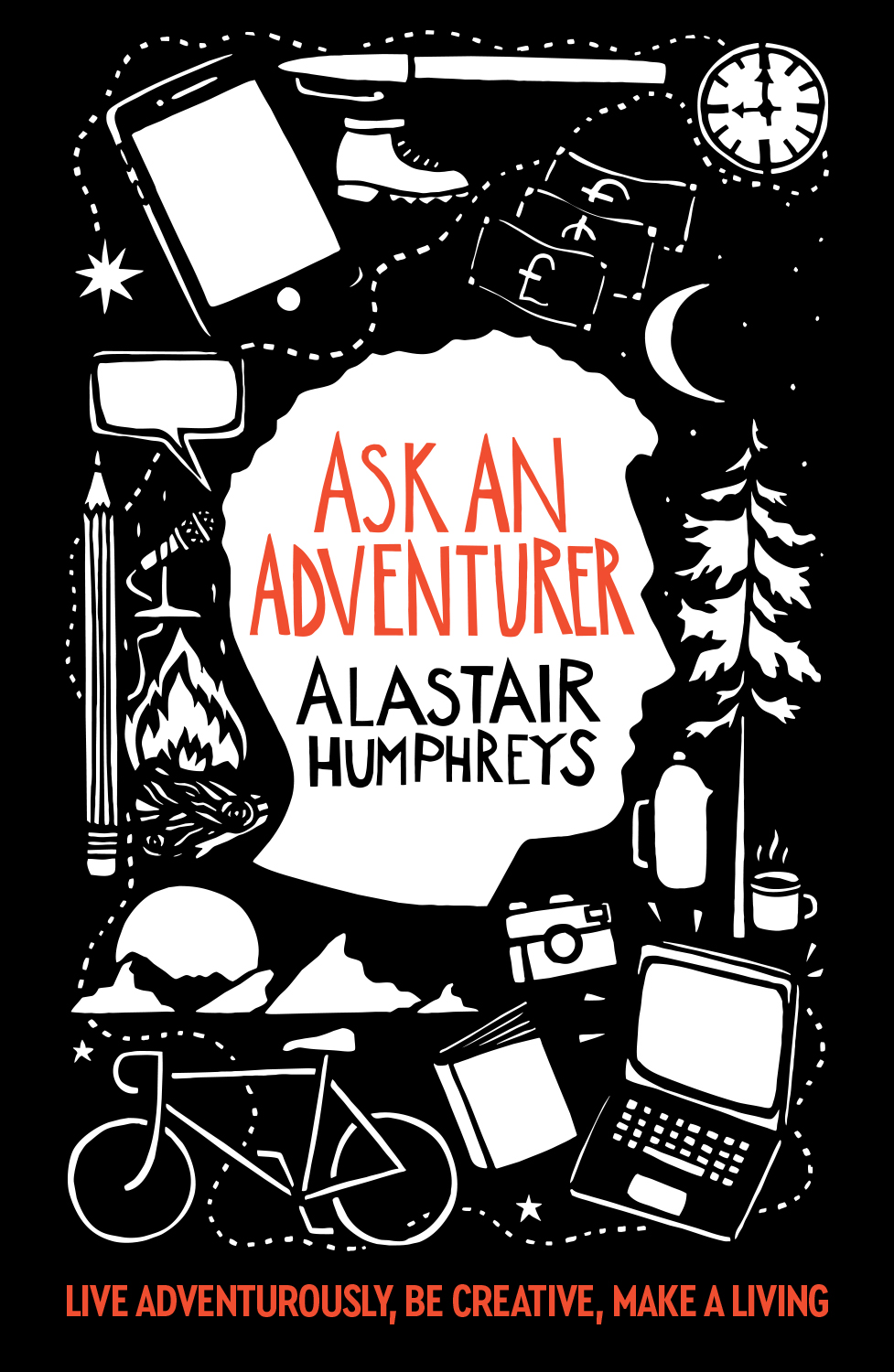 The Boy Who Biked the World Trilogy
Alastair Humphreys 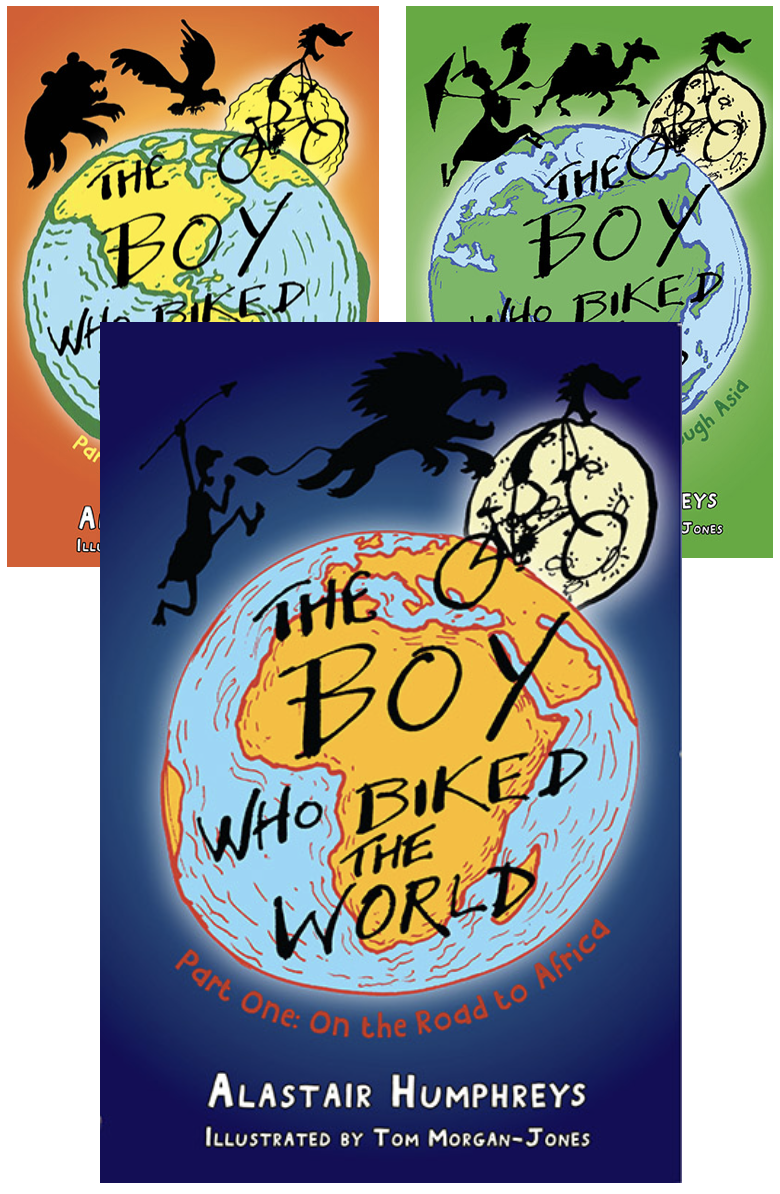